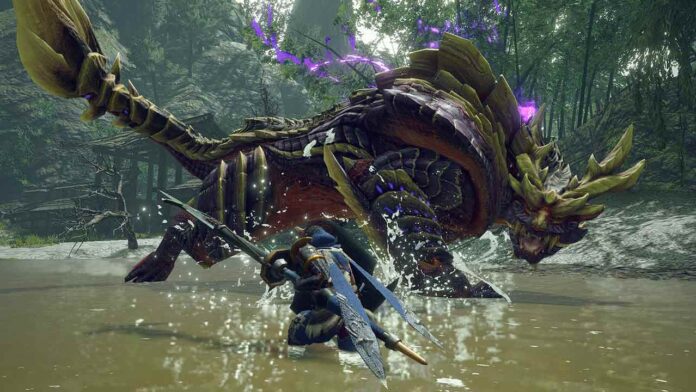 Monster Hunter Rise has launched for PC and fans of the franchise are loving the game. However, Monster Hunter Rise PC players are experiencing errors and issues like Fatal Application Exit, Fatal D3D Error, in-game crash, Failed to save, CreateD3Ddevicefailed, stuttering, and more. Here I have compiled a list of errors that PC players are reporting along with their fixes and workarounds.

Monster Hunter Rise Crash, Failed To Save, And Fixes

Monster Hunter Rise launched as a Nintendo Switch exclusive in 2021 and now has launched on PC. The game is running on Capcom’s proprietary RE Engine that has powered games like Resident Evil 7, Resident 2 Remake, and more.

Monster Hunter Rise isn’t very demanding in terms of hardware as the game requires a GTX 1060 as recommended. Despite that, PC players are reporting errors and issues with Monster Hunter Rise like Fatal Application Exit, Fatal D3D Error, in-game crash, Failed to save, CreateD3Ddevicefailed, stuttering, and more. The following are the errors and issues that PC players are experiencing along with their fixes and workarounds.

Monster Hunter Rise PC players are experiencing Fatal Application Exit error at launch or renderdevicedx12.cpp Fatal D3D error and are unable to play the game. Here is how to fix these errors.

Try verifying the game files and it’ll download a small file. Players have reported that doing this has fixed the Fatal D3D Error.

Your GPU is probably causing the Fatal Application Exit error or Fatal D3D error. Either the GPU is overclocked or it isn’t handling the game’s load really well.

If the GPU is overclocked, revert it to its default GPU clock. In case the GPU isn’t overclocked then you can try lowering the graphics settings or use MSI Afterburner and start reducing the GPU clock by 50 MHz. If by 200 Mhz the Fatal Application Exit error doesn’t go away, then there is no point in reducing it any further.

As for the renderdevicedx12.cpp Fatal D3D error in Moonster Hutner Rise, there is a potential fix that might work. Since the error is caused by DX 12, players can try to force the game to use DirectX 11. However, I am not sure if the game supports DX 11 but, it’s worth a try. Right-click Monster Hunter Rise in Steam > Properties > type -dx11 under Launch Options and hit OK. Launch the game and the Fatal D3D error will be fixed.

Failed To Save Fix

Monster Hunter Rise PC players are experiencing the save files could not be created error or Failed to save error and are unable to play the game. Here is how to fix the Monster Hunter Rise save game error. First, try to launch the game as an administrator. Right-click the game’s exe > properties > Compatibility tab > check “run this program as an administrator” and hit apply.

Your OneDrive backup is another reason why the game isn’t saving. Disable it and the Monster Hunter Rise save game error will be fixed.

Your GPU is another reason behind the in-game crash. It’s either overclocked or not handling the game load really well. Check under “Fatal D3D Error Fix” above to see how you can fix it.

Before we start with the fixes, first make sure you are using Windows 10 64-bit as the game doesn’t support old operating systems or 32-bit Win 10. Also, you need a DirectX 12 supporting GPU. If your GPU doesn’t support DX 12, the game won’t launch.

Your anti-virus software is probably blocking the game’s executable and causing the crash. Players can fix it by either disabling real-time protection or exclude the game’s install folder from it, I recommend the latter. After that, verify game files in Steam and Monster Hunter Rise will stop crashing at launch.

If the game is still crashing at startup or not launching, right-click Monster Hunter Rise in Steam > Manage > browse local files and a new window will open. Launch the game directly from its executable and chances are, players will get an error similar to the “vcruntime140_1.dll missing or MSVCP140.dll was not found” error. Players can fix this error by installing the latest Microsoft Visual C++ Redistributables both x64 and x86 versions. Restart your PC, launch Monster Hunter Rise, and it won’t crash at startup.

Apply these settings and players will notice improved FPS and stuttering will be fixed.

Those of you facing the black screen issue with the game’s audio in the background, the game is probably running at a higher resolution than your native display resolution. This is a common issue and can be fixed easily. Launch the game and when the black screen appears, press “Alt + Enter” and Monster Hunter Rise will go into Windowed mode and will start to display. Go to video settings, change the resolution to your native display resolution and then you can play the game in Fullscreen mode.

That is all for our Monter Hunter Rise PC fixes for errors and issues like Fatal Application Exit, Fatal D3D Error, in-game crash, stuttering, Failed To save, and more.If you are facing errors and issues with other PC games or your PC then also see our hub for commonly occurring PC errors and their fixes.