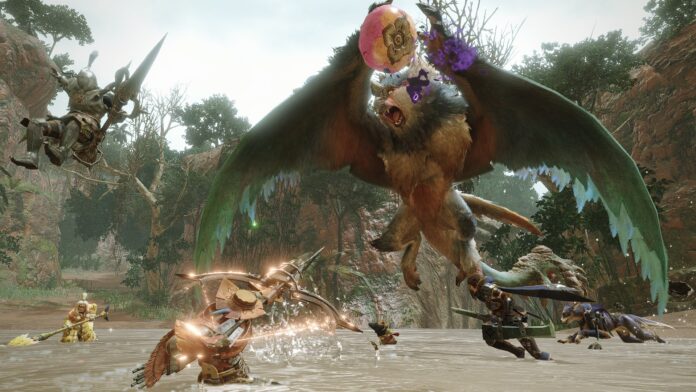 This new monster seems inspired by a Japanese mythical creature called the Tengu. You can find it in the Flooded Forest. The following is what you need to know about beating it.

How To Beat Bishaten In Monster Hunter Rise

The monster can throw persimmons at you. Some of these are explosive while others are poisonous. So you need to avoid them in order to avoid taking damage or being affected by a status effect. The monster can even grab one of them and slam it into the ground to create a flash. You can see this attack coming so it is easy to avoid.

The boss can stand on its tail and look around. You might think that it is open to all incoming attacks but it is getting ready to pounce. The timing of the jump is going to be important here as it is going to jump right at you.