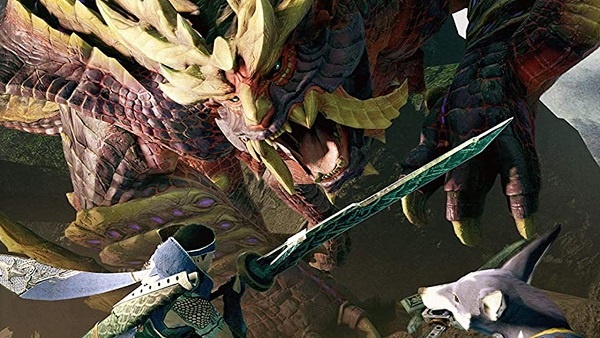 There are a total of fourteen weapons to choose from in Monster Hunter Rise. While it may not sound much, it can easily overwhelm players who are new to the game. In this Monster Hunter Rise guide, we’ve shared a list of the best weapons for beginners, their strengths, and some tips to make the most out of them.

Before we start, do note that the fun factor trumps everything else. Therefore, we recommend giving these weapons a whirl for sure but eventually settle on the one that seemed the most fun.

One of the two weapons that we recommend the most for the new players – the other one being the Light Bowgun. The weapon provides incredible recovery per swing, has very good range to ensure that attacks never whiff, and also has access to an evasion move in Parting Slash as well as a counter-attack in Serene Pose.

Players who prefer range in place of melee can easily rely on the Light Bowgun. Having a ranged weapon means that players won’t ever need to put themselves in attack range of monsters, letting them deal damage safely. Another thing that the Light Bowgun has going on for itself its ease of use. In addition to this, it can also support teammates in the multiplayer mode with different recovery-based and buff-inducing ammo types.

Great Sword has always been the bread and butter of the Monster Hunter series. The weapon is deceptively simple to use and while dishing out a high amount of damage. Its moves are easy to learn and execute. Another thing that makes the Great Sword ideal for beginners is its access to the guard feature. Players who don’t like to guard much can rely on its Power Sheath to easily get into a favorable position while getting a temporary Attack Power bonus.

For players who love to guard, nothing comes close to Sword & Shield. The weapon has decent recovery per hit, has access to guard, and allows players to use recovery items while is unsheathed which can come in huge in a game like Monster Hunter Rise.

There are a number of advantages that come with Hammer. It’s not only incredibly simple to use with its easy-to-learn moves and mechanics, but also has very good mobility when even it’s unsheathed. Moreover, its Silkbind Attacks like Impact Crater and Silkbind Bludgeon lets the wielder attack airborne targets like the Great Izuchi with relative ease.

Players who prefer a mild challenge when it comes to weapon usage need to look no further than the Switch Axe. It may take a little to learn its moves but with enough practice, it should become muscle memory. Having the ability to switch from sword to axe is one of the many strengths of the Switch Axe. Its biggest strength, however, lies in its Skilbind Attack called the Invincible Gambit. The attack provides immunity against flinch and being knocked out.

The last weapon on our list is another weapon with relatively simpler mechanics. Being able to safely deal damage from a distance is very underappreciated in MHR. With the Bow equipped, players should easily be able to maintain the cycle of dodge, shoot, dodge. On top of that, the Focus Shot allows new players to stop worrying about stamina management and only focus on killing.