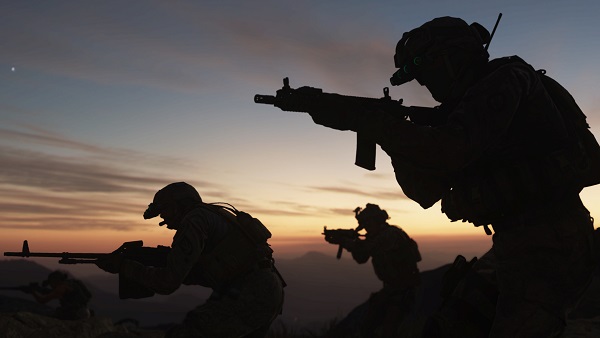 Call of Duty Modern Warfare battle royale is coming to consoles and PC in less than a week. Raven Software is allegedly the developer behind the upcoming free to play Battle Royale. There have been many hints and rumors in the past but the latest tease dropped on Twitter is from the official Call of Duty channel. The Tweet was than re-Tweeted by Raven Software. The Tweet also teases the arrival of Ghost (Simon Rilley), the popular Call of Duty character.

Raven Software has always been in the supporting role for Call of Duty games. However, the studio was given lead role with Sledgehammer for Call of Duty 2020. Reportedly, Raven Software and Sledgehammer had creative differences that led to Treyarch completely taking over the project. As a result, Raven was once again given the backseat and has since been developing the rumored Modern Warfare battle royale mode.