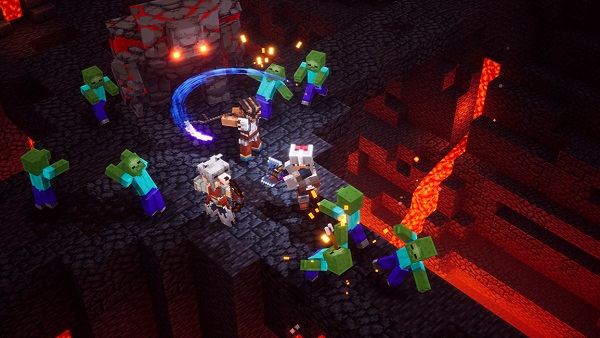 All enchantments you find in Minecraft Dungeons have special traits that are applied to your weapons and armor.

The following best weapon enchantments in Minecraft Dungeons. There are  11 in total.

The following the are best armor enchantments in Minecraft Dungeons.

Head to the main camp and access the inventory screen to use enchantments.