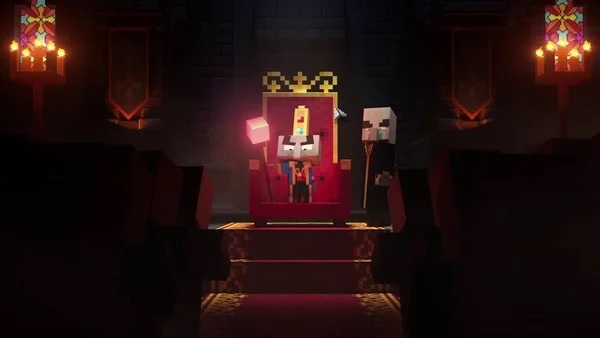 Arch-Illager is the final and the toughest boss fight in Minecraft Dungeons. Our guide will help you with how to defeat this final boss.

Arch-Illager is the final boss that players will face off against in Minecraft Dungeons. Since this is the ultimate boss fight of the game, expect it to be tough.

There are two phases of this boss fight. The first phase is relatively easy. Arch-Illager just flies around and summons pillagers that are easy to kill and you can even choose to ignore them if you want.

Players either need to shoot it with arrows or get close to it with an enchanted melee weapon to chip aways its health bar.

As the second phase begins of the boss fight, things start to become tricky. As you reduce its health to zero, the Orb Of Dominance transforms the Arch-Illager into the Heart of Ender.

While it’s easy to attack the Heart of Ender but its area of effect attacks are quite lethal. It can summon fire at any point in the arena and even shoots multiple laser beams at the same time in multiple directions while spinning quickly. Players need to have quick reflexes in order avoid it.

However, to make things easier, if the player dies, they won’t lose the damage dealt to the Heart of Ender. Meaning if you have chipped away a quarter of its health and die, when you respawn you’ll find that the Heart of Ender’s health bar still has three quarters left.

You can defeat the Heart of Ender if you try four times by chipping a quarter of its health each time. However, for that to happen, you need to make it through the preceding dungeon, Obsidian Pinnacle, without losing any lives.

Totems are pretty much useless since players will be moving around a lot and won’t be able to get those buffs.

If you don’t have 4 lives then here is what you need to do. Run around in circles when the Heart of Ender initiates its spinning laser attack. Players can use arrows and ranged artifacts to deal damage from a distance.

For the ranged Artifacts, a companion is a good choice since the companion will be distracting the Heart of Ender while the player can use arrows to deal damage. Fireworks Arrows are recommended here.

The Heart of Ender can also use its multiplication attack that causes two Heart of Enders to appear in the arena and launch a laser beam in a random direction.

If you are low on lives, then the best course of action is just to evade the attacks and land a couple of hits when you get a chance. Boots of Swiftness and Death Cap Mushroom will help you evade the laser attack. Keep following this strategy and eventually, you’ll defeat the Arch-Illager in Minecraft Dungeons.

That is all for our Minecraft Dungeons guide with tips on how to beat the Arch-Illager. For more on the game also see our How To Unlock Cow Level and Enchantment Points Guide.