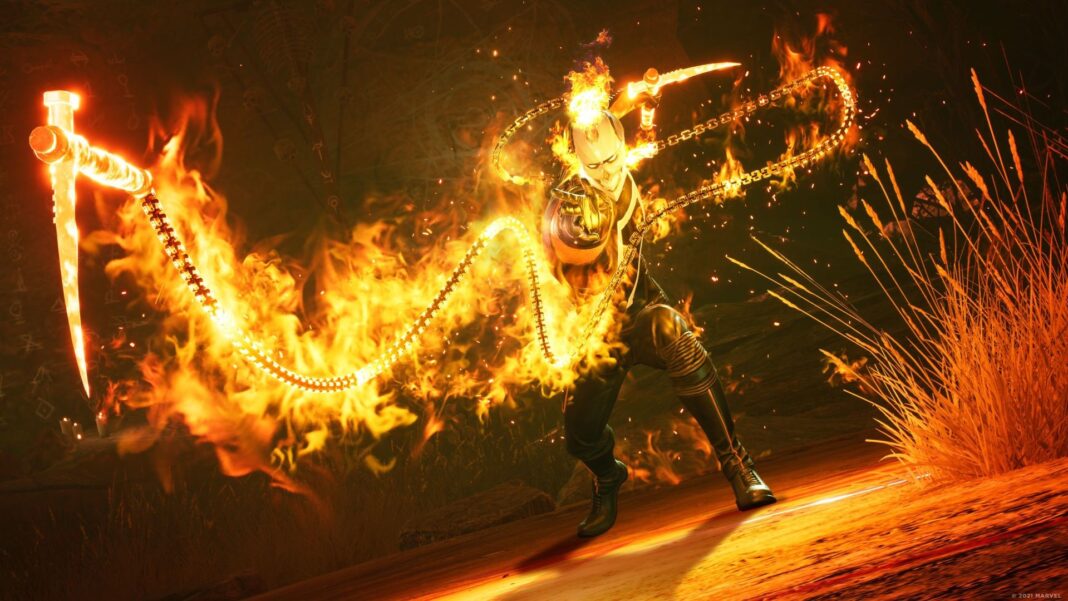 Ghost Rider is a powerful supernatural being appearing in Marvel Comics. He is the Spirit of Vengeance, usually depicted as either a skeletal figure or a humanoid with a flaming skull and bones. Ghost Rider has superhuman strength, durability, and reflexes, enabling him to outmatch most foes easily. At the cost of his health, he can single-handedly take down any opponent. In this guide, I’ll tell you everything about Ghost Rider, including his skills and abilities in the Midnight Suns.

After unlocking Captain Marvel and Blade, which are prerequisites of the mission “Faustian Bargain.” Upon completing this mission, you will have the Ghost Rider in your party. The Ghost Rider is a powerful being that can take down any enemy, whether alone or in a group. Unlike other beings, the Ghost Rider does not need to think twice about taking on multiple enemies at once. He can easily handle everything thrown his way.

That’s all you need to know about Ghost Rider’s skills and abilities. Need more help? Here are some more guides you may like: