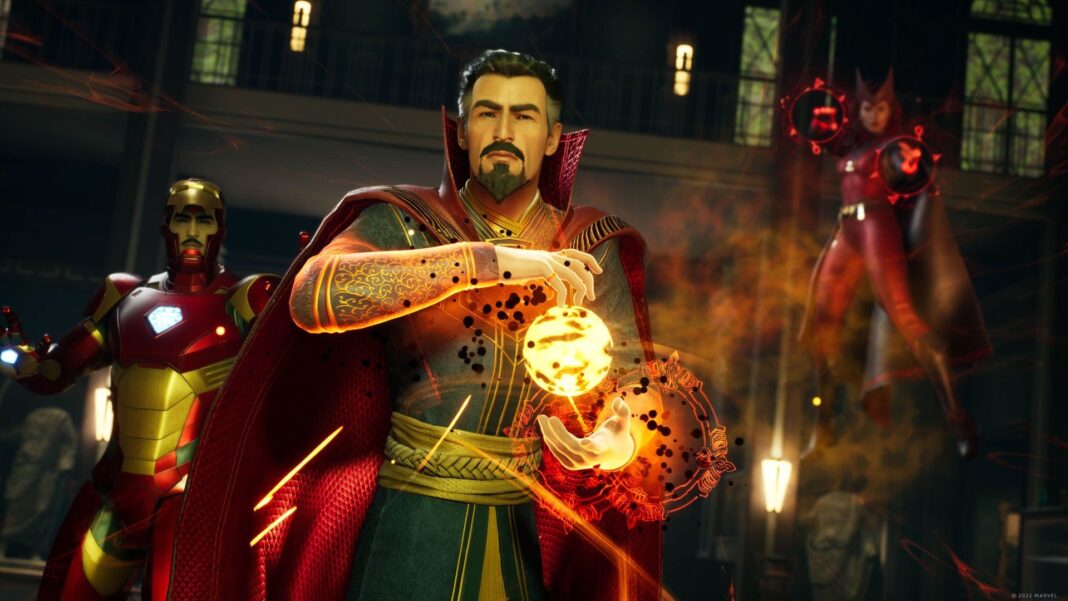 Doctor Strange is an incredibly powerful and skilled practitioner of the mystic arts. He possesses a broad range of abilities that he has used to fight off supernatural forces, protect the world from threats, both terrestrial and extra-dimensional, and even manipulate time and space. In addition to his magical skills, Doctor Strange also has a formidable arsenal of physical combat techniques and access to powerful artifacts capable of granting him even greater power. In this guide, I will tell you everything you need to know about the character of Doctor Strange in Midnight Suns, including his skills and abilities.

The mission to unlock the Blade requires that you obtain Doctor Strange as The Hunter’s first teammate. All three characters required for the mission will be available before it starts. If you’re looking for someone who can deal significant damage, support allies, and buff them with flexible abilities, look no further than Doctor Strange. As the Sorcerer Supreme, he can control time and restore items as needed.

One of the best abilities that Doctor Strange has is that it allows you to generate heroism, which in turn will make your attacks stronger. Imagine this: your squad is in the middle of a battle, and suddenly an attack comes. Now they have to come up with a counter-attack, but they lack the heroism at this point. This is where Doctor Strange comes in, as he can generate vast amounts of heroism, which can be used to charge their signature move.

Strange is the best support because his cards allow allies to position themselves when attacking enemies. Of course, this doesn’t mean he can protect himself from all attacks, but cards such as Winds of Watoomb or Axe of Angarruumus are enough. He’s simply the best support there is.

That’s everything you need to know about Doctor Strange’s skills and abilities. If you wish to read more, here are some suggestions: