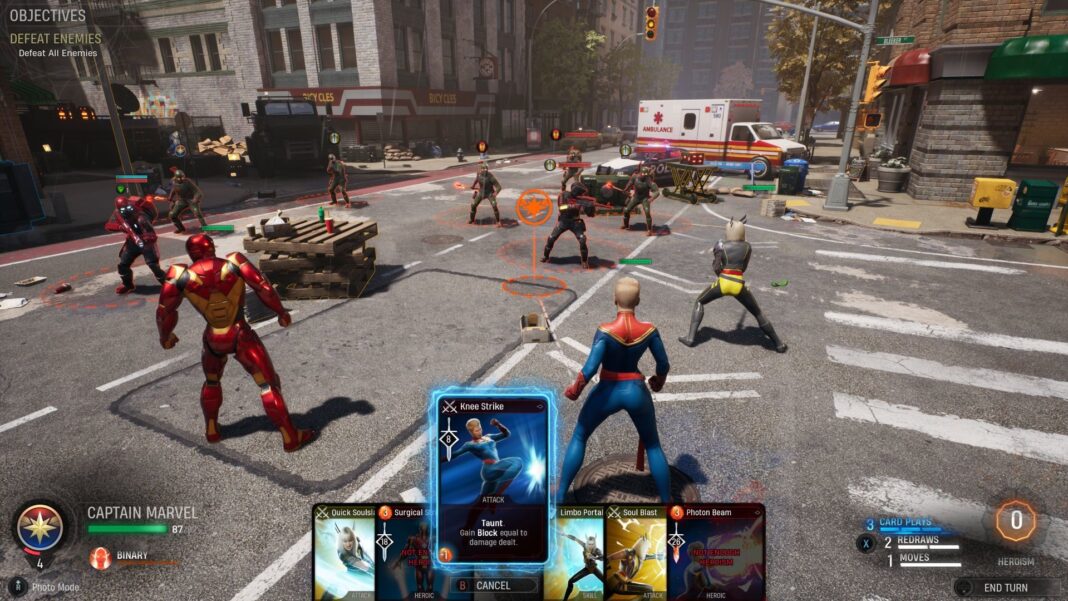 Captain Marvel has a variety of mighty powers and abilities, which allow her to take on any threat she faces. In addition to the ability to fly and shoot energy beams from her hands, Captain Marvel also possesses superhuman strength and durability. However, her most impressive attack is sheer power; she can take down a single and whole group of enemies with a single hit.

Moreover, Captain Marvel’s advanced block factor allows her to absorb the attacks from her foes, making them ineffective against her. She can also use her superhuman speed to dodge incoming bullets and other projectiles. In this guide, I will tell you everything about Captain Marvel, including her skills and abilities under the light of the Midnight Sun.

Captain Marvel is a powerful character that can be unlocked by finishing the Sanctum Symbiotum mission. Once this mission is completed, you will have access to the captain. She has her own unique set of missions, which requires a “Gamma Coils” card to make her stronger than other characters in the league.

Furthermore, Captain Marvel is a versatile superhero who can deal with single-target or multi-target damage and protect her allies. She also knows some good stunts, which can help her to buy time for her teammates. To make a deadly combo with Captain Marvel, your party should have someone who can heal and buff her attack.

That’s all there is to know about Captain Marvel’s skills and abilities in Midnight Suns. If you wish to read more about the game, here are some suggestions: