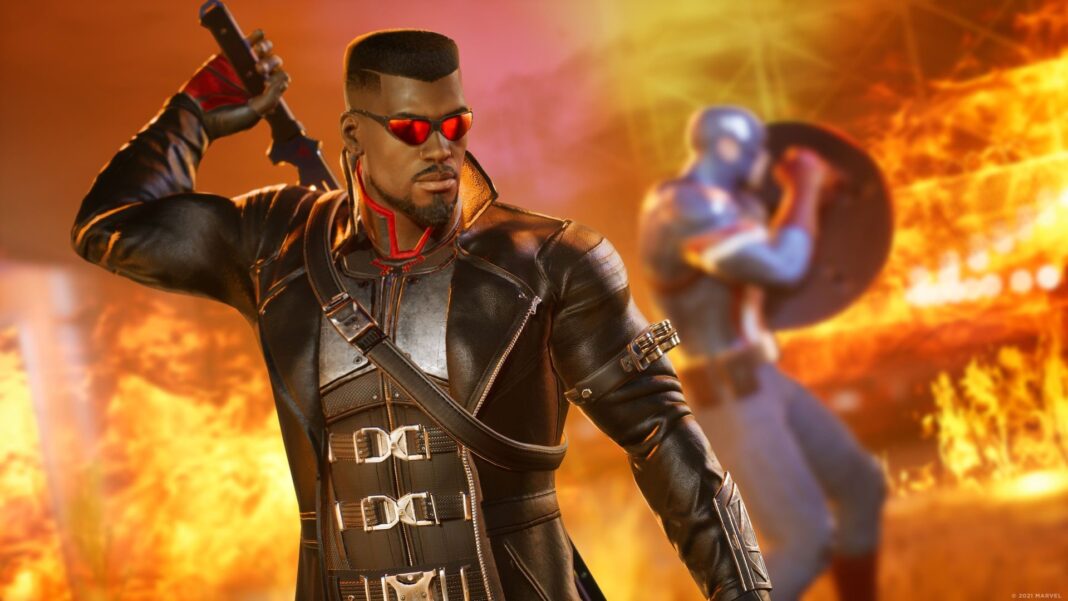 Blade is a major character in the Marvel Midnight Suns. He is a vampire hunter and master swordsman with enhanced strength, speed, agility, and stamina due to his vampiric nature. Blade was born of a human mother and a vampire father, making him one of the few “daywalkers” – vampires who can walk in the daylight. He is an expert marksman, swordsman, and martial artist who uses a variety of weapons to hunt down his prey. Blade is also resourceful, making weapons out of nearly anything he finds in his travels. This guide will tell you everything you need to know about Blade Skills and Abilities in Midnight Suns.

Blade is a requirement for the primary mission, so it will be available before starting. Balde’s specialty is “offense,” which gives it access to skills and abilities that deal much damage. Whether single-target damage, chain abilities, or damage over time, the Balde excels at everything.

The ‘Make ’em Bleed’ card lets Blade cause his opponents to start bleeding with every attack. He can then use cards like Reaper and Relentless to make the debuff worse and do extra damage. Moreover, Blade’s abilities may take some time to charge, but they are powerful and definitely worth the wait. Once Blade is fully charged, it can put the enemies in deep water.

That’s everything you need to know about Blade’s skills and abilities in Midnight Suns. For more, visit the following guides: