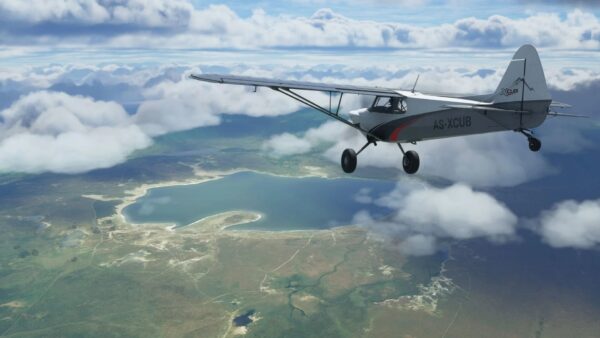 Microsoft Flight Simulator is one of the best looking games on PC and offers players a lot of graphical options to Tweak so they can get the game running at 60 FPS. In my Microsoft Flight Simulator 2020 PC Tweaks guide, I will take players through all of the game’s graphical settings and will also discuss the performance impact of each setting so that players can run the game smoothly on their PCs.

Microsoft Flight Simulator 2020 PC Tweaks, How To Get 60 FPS

Like all of the good PC video games, Microsoft Flight Simulator 2020 is a well-optimized game and offers a lot of graphical options. The game also has features that allow it to use real-world satellite imagery and air traffic data to mimic the real-time weather and air traffic in-game.

While the game has it’s graphical presets like Ultra, High-End, High, and medium but they aren’t that great and I recommend that PC players tweak each graphical setting to get the best performance out of it.

Note that the recommended settings will be for a mid-range PC. However, this guide will give players enough of an idea that they can easily tweak the game’s graphical options to get the best performance out of Microsoft Flight Simulator.

Also, the settings I recommend is to get 60 FPS experience or closer to it. However, the game also has the option to lock the game at 30 FPS which not only will reduce the GPU load but will also provide enough headroom that players can increase the graphical settings up a notch.

Furthermore, If you have an SSD then install the game there as players will definitely see an improvement in performance. The following are the PC Tweaks for Microsoft Flight Simulator 2020 that will help players with the game’s performance.

Microsoft Flight Simulator has only tow options for its “Display Mode” setting, Fullscreen and Windowed. It’s the player preference as neither of the options provides an increase in the game’s performance.

V-sync is a setting that syncs every frame the GPU generates and eliminates screen tearing. However, turn this setting off in-game and force it through the GPU driver. Enabling in-game v.sync introduces stutter in-game for some reason.

However, disabling in-game v-sync also takes away the ability to lock FPS. Worry not, you can do that through Nvidia Control Panel.

To force it through the GPU driver, open Nvidia Control Panel > Program Settings > select Microsoft Flight Simulator and set Vertical Syn to “On”.

Recommended: Turn it off in-game and force it throigh GPU driver

As I mentioned above, disabling v-sync greys out the “Frame Rate Limit” setting. If you plan to lock the game at 30 FPS or even 60 FPS, open Nvidia Control Panel > Program Settings > select Microsoft Flight Simulator. Turn on the “Max FPS Limit” and set the value for the maximum FPS that the GPU can render. If you plan to lock FPS below 60 then I recommend that you set the value at 30 FPS for good frame pacing.

Of course. decreasing the Render Scaling option will improve performance I recommend adjusting it at higher resolution like 4K and 1440P, however, it will make the game look blurry and the intensity of blurriness depends on how low you set it. For 1080p, I recommend keeping it at 100.

Anti-Aliasing is the graphical setting that eliminates jagged edges in-game. This setting used to quite taxing in performance but, that was before TAA (Temporal Anti-aliasing) was introduced. Now, TAA has become the standard AA solution in video games.

Microsoft Flight Simulator 2020 has three options for this graphical setting, FXAA, DLAA(Directionally Localized anti-aliasing), and TAA. FXAA is not that great and their performance impact of DLAA and TAA is almost the game.

I recommend that you enable TAA even if you have to sacrifice any other graphical setting, as this anti-aliasing solution is the best option here and makes the game looks good.

This setting adjusts the quality of terrain and interestingly, players won’t notice much difference when they drop it below 100 or increase it. This quality needs to be adjusted depending on the system and since it’s a slider, I can’t recommend the perfect value. Players will have to adjust this setting on their own. Note that, setting Terrain Level Of Detail to 100 is equivalent to the high-end preset.

This Microsoft Flight Simulator 2020 graphical setting adjusts how many samples the game will use for roads, water, and other curvy items on the terrain. The high this setting the more detailed these aforementioned objects will be.

Dropping this setting to Medium to Ultra won’t degrade the detail significantly but dropping to Low will show a clear degradation in quality. I recommend Medium for mid-range PCs and set it to High for powerful PCs.

“Buildings” is one of the graphical settings that costs a lot of performance. Fortunately, settings this setting to Medium, High, or Ultra doesn’t change the quality of building dramatically. The medium setting is recommended here to save FPS. Increase it to High if you intend to play the game at 30 FPS as the GPU will have enough headroom to handle it.

This graphical setting acts almost likee Buildings. Medium, High, and Ultra settings aren’t significantly distinct in terms of visuals. While setting it to Medium will save your FPS but, at Medium players will get aliasing around the foliage and bit of blurriness. Setting to High will resolve the issue.

I all comes down to image quality vs FPS, set it to Medium if you want to boost FPS or set it to High if you don’t want to see aliasing or have a GPU that can handle it.

Recommended: Medium to save FPS, High for better image quality

This setting impacts performance if set at High and Ultra. Don’t turn this setting off as the game will look barren. Set it to at least Medium so have a balance of FPS and good image quality.

This setting adjusts the distance at which individual objects render with high-quality assets. The more you increase the slider the more will the impact on performance. Since it’s a slider, I can’t recommend the perfect value, players will have to adjust his one on their own. Also, Object Level Of Detail at 100 is equivalent to the high-end preset.

Clouds in Microsoft Flight Simulator 2020 are some of the most realistic clouds in video games. Since players will be flying planes, they’ll encounter clouds more often. Volumetric Clouds can degrade performance but in stormy conditions. I recommend keeping this setting at High.

“Texture Resolution” is texture quality. This setting controls the quality of terrain textures. Turning this setting up will make the ground textures look good especially if players are flying low but that comes at the cost of performance.

I recommend to set it at Medium so that Textures aren’t that bad. However, you can set it at High if don’t like the way Medium quality looks an I recommend setting it to High if you plan to play Microsoft Flight Simulator at 30 FPS.

Anisotropic Filtering doesn’t have any noticeable impact on performance so set it at 16X.

Texture Supersampling is one of the most performance impacting setting in Microsoft Flight Simulator. This setting renders key textures, like Floor Markings, at a higher value and then downsample it to the native resolution.

The “Texture Supersampling” setting improves the visual quality of key textures on terrain. I recommend setting it at 2×2 but, players can set it to 4×4 if they are playing at 30 FPS or have a high-end GPU.

This graphical setting controls the quality of synthesized textures. This is a kind of reconstruction of certain textures using low-quality assets. I recommend it to set it at Medium but can be set at High for better image quality.

As the name of the setting suggests, it controls the quality of water waves in the game. There is not much difference between Medium, High, and Ultra. I recommend to set it at High for a balance of FPS and quality.

“Contact Shadows” fills the gap between the shadow and the object casting it to make it look natural. This is basically a screen-space technique, meaning it’ll only render the shadows for objects that are in the player’s field of view so it doesn’t impact much on performance. I recommend to set it at High.

This graphical setting controls the weather effects on the plane’s windshield. Set this one to High as it won’t impact performance that much and could be set to Ultra.

“Ambient Occlusion” is the setting that is usually one of the most taxing settings in video games. However, for some reason, setting “Ambient Occlusion” at Ultra doesn’t make a difference in performance. So I recommend to set it to Ultra or drop it to High.

Reflections are something that players won’t see all the time. The only noticeable reflection in the game is in the cockpit view when plane controls reflect on the windshield. Setting to Medium or High would do the job.

This Microsoft Flight Simulator graphical setting controls the rays of light coming through clouds, buildings, and mountains. Set this one to High as it can make the game look good. If you want more FPS then set it to medium.

These graphical settings don’t have much impact on performance, however, Depth Of Field might drop FPS for some but it can easily be set at Ultra.

Turning on these settings will improve the game’s performance if players intend to play multiplayer or have enabled real-world air traffic. If not, then just disable them.

First, make sure you have installed the latest GPU driver and there is no background process using too much of your CPU, GPU, or HDD. There are a few other settings in Microsoft Flight Simulator 2020 that significantly impact the game’s performance.

In the Data tab of the options, under “Data Connections” are the following settings that have can drop the game’s FPS pretty low.

However, “Live real-world air traffic” and “Live Weather” are the most taxing options, especially on the CPU. Disable both of them if your CPU is struggling.

Apply these settings and players will see improvement in Microsoft Flight Simulator’s performance and the game will be running at 60 FPS.

That is all for our Microsoft Flight Simulator 2020 PC Tweaks with tips on how to get 60 FPS and how to boost the game’s performance. If you are facing errors and issues with other PC games or your PC then also see our hub for commonly occurring PC errors and their fixes.