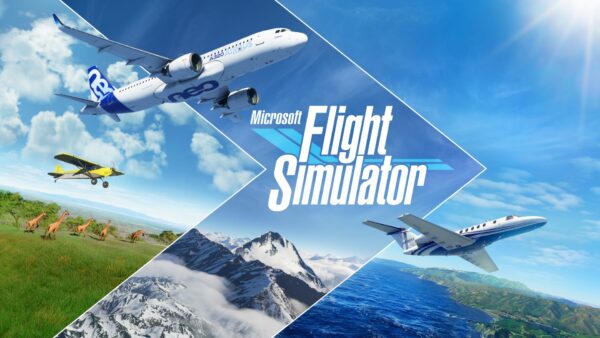 Microsoft Flight Simulator 2020 has launched with incredible critical acclaim. The game is one of the best simulators in the market that has something for all kinds of players.

Not only the game is accessible, but it’s also well-optimized. However, with so many PC configurations there are bound to be issues with the game. Microsoft Flight Simulator 2020 PC is facing errors and issues like Low FPS, T.FIGHT HOTAS X not working, no audio, controller not working, Track IR not working, crash at startup, Logitech Extreme 3D Pro not working, missing content, and more.

The following are all of the errors and issues that players are experiencing with the game. This guide will also help players with how to boost FPS and get 1080p/60 FPS in Microsoft Flight Simulator.

T.FIGHT HOTAS X is one of the peripherals that PC players are using to play Microsoft Flight Simulator 2020. However, some players are unable to play with this peripheral. The issue could be that the switch on the back of the stick set to PS3 instead of PC. Switch to PC and you’ll be able to use the T.FIGHT HOTAS X with the game.

Flight Simulator 2020 players are reporting that the game’s launcher is stuck at “Please Wait…” and won’t go past so that they can play the game. This happens when the launcher is verifying the game files.

Wait for a while and if it doesn’t go past it after a while then navigate to “C:\users\’USERNAME’\appdata\roaming\Microsoft Flight Simulator\” and delete all the files. Alternatively, players need to delete the packages folder if they selected a custom install path for the game.

After that, uninstall and reinstall the game launcher through the steam right-click context menu. This will fix the issue for good.

This is another issue that LFlight Simulator 2020 players are experiencing and for now, the only fix for this is to uninstall and then reinstall the game.

Microsoft Flight Simulator PC players are reporting that when they launch the game, they get an error telling them that the game’s Executable file is missing. It might be your anti-virus/Windows Defender blocking the game’s exe.

A lot of Microsoft Flight Simulator PC players are reporting missing content from the game. The issue has been resolved by the devs and players just need to follow the following steps to get the missing content in-game.

Just exit Steam completely and then restart it. This will fix the missing content issue with Microsoft Flight Simulator.

One reason why the game is crashing could be that the game requires an update and Steam hasn’t initiated it automatically. Go to your Stem library > right-click Microsoft Flight Simulator > Local Files > click “Verify integrity of game files”. This will start downloading the update and the issue will be fixed.

For some players Microsoft Flight Simulator is crashing after a bit of loading, this crash at startup or game not launch issue could be due to the outdated OS. The game requires Windows 10 version 2004 to run and latest GPU drivers, if you haven’t updated your OS then update it to Win10 version 2004 and also update the GPU driver and the issue will be fixed for good.

If the game crashes at startup without any error or doesn’t launch at all, go to the game’s install folder. For that, right-click Microsoft Flight Simulator > Local Files > click “Browse Local
Files”. Launch the game directly from its exe, you’ll get an error similar to “vcruntime140_1.dl not found or missing”. This can easily be fixed by installing the latest Microsoft Visual C+++ Redistributables, both x86 and x64 versions.

Alternatively, players can manually search for the file, download it and place it in the game’s folder to fix it. However, I personally don’t recommend it as it can potentially put your system at risk.

Your anti-virus/Windows Defender might be blocking important game files. Either disable the anti-virus or exclude the game’s folder from it. After that, verify the game files and the issue will be fixed. See under “Missing Executable Fix” on how to disable Windows Security or exclude Microsoft Flight Simulator’s folder from it.

A lot of Microsoft Flight Simulator PC players are reporting no audio issues. If you are using a Bluetooth headphone or any other Bluetooth audio output device, disable the “headset” and make sure the “headphones” is the default device in sound settings. Players can also try disabling the Bluetooth device in the sound control panel > Recording tab.

If the Bluetooth audio output is not the issue then open Settings > System > Sound > click “Sound Control Panel”. A new window will open, click on your active audio device > properties > Spatial Sound tab > select “off” and apply it. This will fix the no sound issue with Microsoft Flight Simulator.

Microsoft Flight Simulator PC players are reporting that the game is crashing randomly while playing. Here are the fixes.

If you are using third-party tools and software like MSI Afterburner, then disable them and the game will stop crashing. Also, disable the Steam in-game overlay.

In case the game is crashing when players get to the “Press Any Key To Continue” or asked to sing-in, there is another fix but it’s a bit annoying. For this fix, players need another PC on which they can at least boot Microsoft Flight Simulator.

Once players have downloaded the game on the other PC, boot it up and players will be asked to sign-in with their Xbox account. Sign-in and players will be taken to EULA / terms & Conditions page, accept the agreement and wait for the screen to appear with a blue line. As soon as the blue line appears, press “Alt + F4”.

Now launch the game on your original PC and the game will start the download. If the game freezes at the blue line, then close the game by pressing “Alt + F4” and restart the game. This will fix the Microsoft Flight Simulator crashing issue.

Another fix for this issue would be to right-click the game > properties > select “Forced off” under “Steam input per-game setting”. Press Ok and start the game. The controller will now be recognized by the game.

Players are reporting that Track IR is not working in Microsoft Flight Simulator. This can be easily fixed, first reinstall Naturalpoint software and then update the game’s database as well from inside the TrackIR GUI, the update notification will be at the top right. This will fix the Track IR not working issue with the game

How To Boost FPS, Performance Fix

PC gamers are no strangers to performance issues like low FPS and stuttering. Microsoft Flight Simulator is one of the best-optimized games with a plethora of graphical options for the game players to choose and tweak.

First, make sure you have installed the latest GPU driver and there is no background process using too much CPU, GPU, or HDD. To improve FPS in Microsoft Flight Simulator without taking a hit on visuals, start the game and disable “real-time air traffic” and vertical sync.

Apply these changes and the game’s FPS will improve and stuttering will be fixed.

In case the performance issues are still bothering you, then try lowering the graphical settings and turn off “data features” to significantly improve the game’s FPS and overall performance. Turning on this feature streams weather, traffic, and satellite information.

Data features sure make the game look good but, the performance impact is too high. Disable all options under “Data Connection” which include:

Players can tweak around with these options and they might be able to get the game running on reasonable FPS while keeping a couple of these options on.

Anti-aliasing-FXAA – “Off”
Anti-aliasing-Gamma Correction – “Off”
CUDA GPUs – “All”
Low Latency Mode – Player’s choice.
Shader Cache – “On” only if you are using an HDD. Don’t need to enable it for an SSD.
Triple Buffering – “Off”
Set Vertical Syn to “Fast”

Apply these settings and players will be able to run Microsoft Flight Simulator at 60 FPS and this will also fix stuttering.

That is all for our Microsoft Flight Simulator 2020 fixes for errors and issues like the crash at startup, missing content, Low FPS, Track IR Not Working, controller not working, no audio, and more. If you are facing errors and issues with other PC games or your PC then also see our hub for commonly occurring PC errors and their fixes.