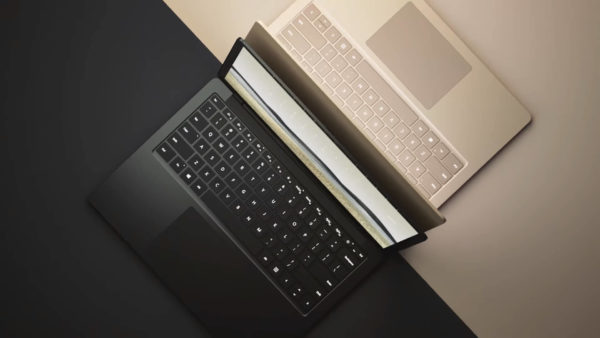 Microsoft has revealed its latest Surface Laptop 3. Traditionally, Microsoft has utilized Intel’s mobile processors but for Surface Laptop 3, the company has opted for AMD Ryzen chip. The chip in question is the Ryzen Surface Edition. This raises is the question, is Microsoft ditching Intel for good?

Microsoft Surface Laptop 3 isn’t the first product to feature a Ryzen mobile CPU. Previously, we have seen laptop manufacturers introduce laptops based on Ryzen mobile CPUs. The reason for that is quite simple, Ryzen chips offer better performance than Intel chips.

We have seen Ryzen desktop CPUs to blow past Intel in terms of performance. This also holds true for mobile chips. Not to mention, current Ryzen CPUs are based on the 7nm process node while Intel is still struggling to introduce 10nm CPUs in the market.

A lot has changed since then, Intel has lost a significant market share to Ryzen. Not only that, the data center sector is also favoring AMD’s chips over Intel on account of having a higher number of cores and threads.

With Intel struggling to keep its processors up to the task in terms of performance, it seems that Microsoft has decided to ditch Intel mobile chips for its Surface Laptops for good.

However, there is a possibility that this could be a one-time thing. But given that we live in an age with everything is in an ecosystem of its own, it’s highly likely that Microsoft is looking for a long-term partnership with AMD.

Furthermore, AMD has noted that its AMD Ryzen Microsoft Surface Edition processor “inherits from the graphics core architecture of Xbox One and includes one additional compute unit more than any other AMD Ryzenmobile processor for an extra boost of graphics horsepower.”

There is a possibility that Microsoft is testing the performance of Ryzen chips with its Surface Laptop 3 before the company decides to use them for Xbox Scarlett.

Speaking of AMD, the company is also in the business of designing GPUs. One interesting discovery has come to light, which is AMD Radeon RX 5700 sees a 10% performance boost when flashed with RX 5700 XT BIOS.