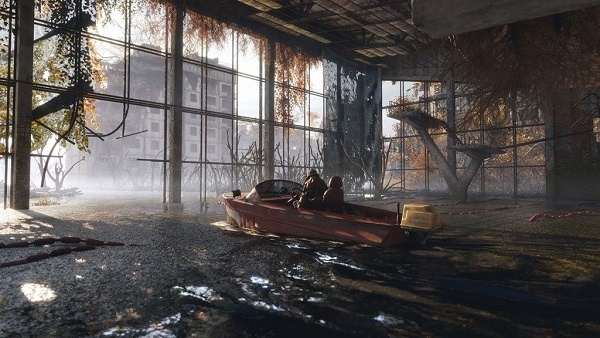 Now that Metro Exodus has finally shed its Epic exclusivity Steam users can play the game. It takes a while to complete it but I see many are already rushing to the end. And who can blame them? Metro Exodus has a great story and its endings are even better. There are two main endings of Metro Exodus – good and bad. Usually, there is a worse ending as well but in this case, Metro only has two.

It is fairly easy to figure out what is the good ending and what’s the bad one. It is very easy to differentiate between the two. However, what’s not really clear sometimes is how exactly to get those endings, what actions must be taken, what choices you need to make in order to get the good and bad endings in Metro Exodus.  So, if you manage to mess up your decisions and get the bad ending in this Russian based horror game, you might want to load up a new save and try to rectify your mistakes in the second playthrough. There are a few ways you can get a good ending and in our Metro Exodus endings guide, we will explain everything you need to do in order to get the best ending. However, in case you are looking to get the bad ending, we can help you with that too.

Whichever way you decide to go, Metro Exodus endings guide will help you out.

How to Get the Good Ending

The good Metro Exodus ending is pretty similar to the bad one. However, there is one key detail that changes in the end based on your actions throughout the game. Our main character, Artyom survives and lives to see another day. He also manages to save Anna with his heroic actions in the Dead City. Sadly, for our lead hero to survive someone else must die. Artyom only lives because Miller sacrifices himself by giving the anti-rad medicine to his son in law.

Metro’s morality system judges you on your actions in the game and how you behave with NPCs. Basically, to get the good ending you need to make sure you complete various side quests, help people, and not kill unnecessarily. Killing those who can be spared will push you toward the bad ending which is not something we want. Don’t kill anyone who doesn’t deserve it, that’s how you get the good ending in Metro Exodus. Use stealth to knock out enemies instead of killing them every time.

How to Get Bad Ending

The ending is similar to the good one but with one key change, our lead character dies. He dies after absorbing a lethal amount of radiation. Not even the blood transfusion works on him thanks to the Morality system of Metro Exodus. The rest of your team including Anna and her father Miller survive. The good news is that you still managed to leave behind a nice home for your loved ones. They will continue to live a better life thanks to your efforts in Metro.