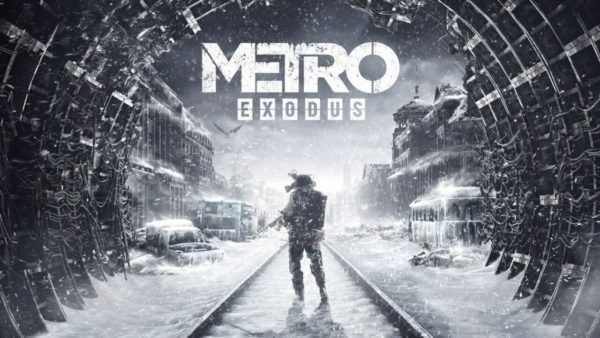 Metro Exodus PC players are facing issues and errors like corrupted save file, crashing, no audio, missing executable and more. Here I have compiled a list of errors and issues with the game along with fixes and workarounds.

Metro Exodus has launched for Steam along with its DLC expansions. However, the PC version of Metro Exodus is facing errors like corrupt save files, blue screen, stuttering, Content File Locked, and more.

The following are the error that players are experiencing along with their fixes and workarounds.

Players are reporting that their Metro Exodus save files have been corrupting and they are unable to continue their adventure where they left off.

If the issue still persists then disable cloud saves from Steam. Open Steam and click on Steam at top-left > Settings > Cloud > uncheck “Enable Steam Cloud synchronization”. This will stop your Metro Exodus saves from getting corrupt.

Players are reporting that Metro Exodus is crashing randomly while playing and sometimes crashes while performing specific actions. This is due to DirectX 12. Just switch to DirectX 11 and the game will stop crashing.

Not only that, players are reporting that the game crashes in Caspian Light House. To fix this, update your GPU driver with Geforce Experience and do a clean install. Use the optimized settings in Geforce Experience. Open Nvidia Control Panel > Manage 3D Settings > Program Setting. Select the game from the list, scroll through the options, and make the following changes.

Using third-party tools and software can also cause the game to crash. Disable any third-party software you using along with Steam overlay and GeForce Experience overlay. This will stop Metro Exodus from crashing.

Another reason for Metro Exodus to crash could be your GPU, either the GPU is overclocked or old. Revert the GPU back to its default GPU clock if its overclocked even if it’s factory overclocked. As for the old GPU, I would suggest that you drop its GPU clock by 100 Mhz and it’ll stabilize the game.

In case you don’t want to mess with the GPU clocks, players can cap the game’s FPS. Set the vertical sync to Half through the in-game menu and the game will be locked at 30 FPS. This will reduce the GPU and CPU load and in turn, will stabilize the game.

Players have reported that they don’t get any sound while playing Metro Exodus. Here are a couple of fixes that will resolve the missing sound issue for you.

One reason behind the no audio issue with the game is Windows Sonic For Headphones. Disable it and you’ll start hearing sounds while playing the game. Open Settings > System > Sound > click on “Sound Control Panel” from the right. A new window will open, right-click on your active sound device > properties > Spatial Sound tab. From the drop-down menu, select off and apply the change. Start the game and the issue will be resolved.

If that doesn’t work for you then follow the steps mentioned above and instead of “Spatial Sound” go to the “Advanced” tab. From the drop-down menu select “24bit 48000 Hz” and apply the change. Start the game and the issue will be resolved. In case the audio is still missing then follow these steps and you need to do a trial and error with the option in the Advanced tab.

Players are reporting that when they update metro Exodus they get the update error telling them the content file is locked. Follow this link to see how to resolve this error.

Your anti-virus or Windows Defender might also be the reason behind the update error. Disable your anti-virus and the issue will be resolved.

Metro Exodus crashing at startup or not launching at all. There are a number of reasons why the game is crashing at launch and here are the fixes.

Lack of admin rights could be the reason why Metro Exodus is crashing at launch. Right-click the game’s exe > properties > compatibility tab > check “Run this program as an administrator” and hit apply. This will stop the game from crashing.

In case the issue persists, then launch the game directly from the exe instead of the client. Chances are you’ll get an error similar to “vcruntime140_1.dll or MSVCP140.dll Was Not Found”. This can be fixed by installing the latest Microsoft Visual C++ Redistributables both x64 and x86 versions.

If the game isn’t allowing you to change resolution then navigate to “C:\Users\(Your name)\Saved Games\metro exodus\folder number” and open user.cfg in notepad. Look for the following commands.

Set the values of these that you want. if you want to set 4K resolution then it’ll look like this:

Save the changes and start the game and it’ll be running on the resolution that you just set.

According to players, they get “Windows store 1903 error 0x80070005” which is stopping them from playing the game. This error is causing due to a Windows 10 update and can be fixed. Open Settings > Update and Security > View update history > Uninstall updates. You need to uninstall the “June 11 KB4503293” update. Restart your systems and start metro Exodus and it should be running fine.

Metro Exodus players are experiencing the “The program can’t start because api-ms-win-crt-convert-l1-1-0.dll is missing from your computer. Try reinstalling the program to fix this problem” error while trying to play the game. This can be fixed by updating your Windows OS or resetting it will also fix it. Alternatively, you can manually download the “api-ms-win-crt-convert-l1-1-0.dll” from the internet, place it in the system folder and the error will be fixed.

This is another issue that players are experiencing with the game. The blue screen issue is related to the GPU drivers. This can be fixed by updating your GPU drivers.

Black screen is a common issue with PC games and apparently Metro Exodus is no exception. To fix this, start the game and when the black screen appears, press “Alt + Enter”. The game will go into Windowed Mode and will start to display. Go to video settings, set the proper resolution and set the display to fullscreen.

To disable motion blur in Metro Exodus navigate to “C:\Users\(Your name)\Saved Games\metro exodus\folder number” and open user.cfg in notepad. Add the following commands and save them. Start the game and the motion blur will be turned off.

DLSS Not Turning On Fix

This is another issue that is being caused due to the outdated version of Windows OS. Update Windows 10 and the issue will be resolved. Also, if you are using RTX 2080 Ti on a 1080p display then the DLSS won’t work at all.

Performance is often an issue with PC games and Metro Exodus is facing low FPS, stuttering and general performance issues. Here are a few things that’ll improve the game’s performance and fix stuttering.

Make sure you are using the latest GPU drivers and there is no background process using too much of your HDD, CPU, or GPU. Open task manager and check any process using resources more than it should. Your CPU usage shouldn’t be higher than 10% when idle.

Open Nvidia Control Panel > Manage 3D Settings > Program Settings. Select the game from the drop-down menu, scroll down through the options and make the following changes.

If Metro Exodus is still stuttering then also set Vertical sync to “Fast”. Start the game, disable in-game V.sync and the display should set on high. This will resolve your stuttering issue and will potentially boost FPS if you have the GPU and the CPU that can take it.

That is all for our Metro Exodus fixes for errors like Corrupt Save File, crashing, no audio, Error 0x80070005, and more. If you are facing other issues with your system then also see our hub for commonly occurring PC errors and issues.