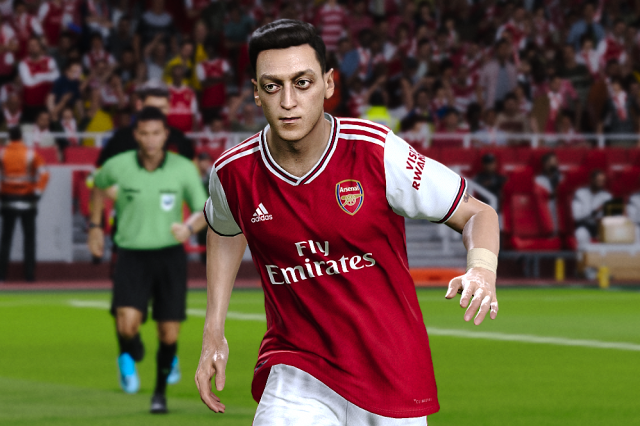 There has been plenty of controversy around China and we have seen that affect Esports players. Now, Mesut Ozil the Arsenal player has been removed from PES 2020 after his anti-china comment.

Mesut Ozil is a Muslim and he was trying to spread awareness regarding what was happening to his Muslim brothers and sisters in China. Here is what he said regarding the matter:

[In China] Qurans are burned, mosques were closed down, Islamic theological schools, madrasas were banned, religious scholars were killed one by one. Despite all this, Muslims stay quiet,

After this comment, many Chinese fan sites announced that they will no longer post football news regarding Ozil. A game company even stopped printing Ozil playing cards after his statement.

Now, Mesut Ozil has been removed from PES 2020 Chinese releases by eastern publisher NetEase. Here is what the publisher had to say regarding the matter:

Ozil hurt the feelings of Chinese fans and violated the sport’s spirit of love and peace. The German player Özil posted an extreme statement about China on social media… we do not understand, accept, or forgive this,

Arsenal’s most recent Premier League match against England’s defending champions Manchester City was pulled from local Chinese TV channels as well. While Ozil has the right to say whatever he wants it is safe to say that China has a massive population and that he has plenty of fans there. This could affect his career in the long-run. We have not heard anything from the player since he was removed from PES 2020.

We do not know if NetEase is putting any pressure on Konami but if it does then Mesut Ozil could be removed from PES 2020 entirely and not only in the Chinese version of the game. It will be interesting to see what happens in the upcoming days so stay tuned for more information.