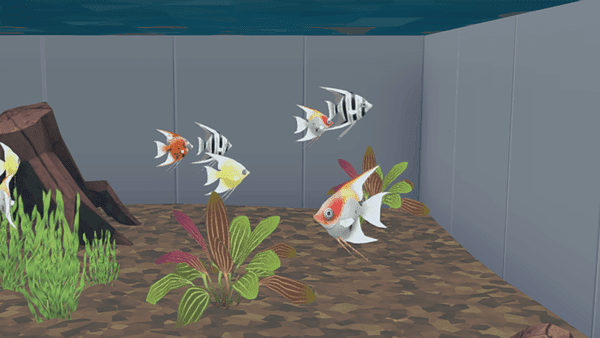 Megaquarium Freshwater Frenzy has been delayed to March 1st 2022. The developer mentioned that the console port has been delayed so that it can be released on all three consoles at the same time.

The following is what the developer had to say about the delay:

We wanted to reach out to let you know that we are moving the release date of Megaquarium Freshwater Frenzy to 1st March 2022. We wanted to give you more information and to be as honest as we can.

The console port is ready and we are eager to get it into the hands of you and our players, but issues outside of our control have come up around the submission process. In order to make sure we are able to release on all 3 consoles at the same time, we are having to delay the launch.

This was a difficult decision to make but we wanted to do what’s best and fair for all players so we can still launch on all platforms simultaneously. Despite this setback, we are still really excited to bring the DLC to console, and we are doing what is fair for our players and sticking to a simultaneous release.

We are working hard to fix this, and we thank the community for understanding.

Freshwater Frenzy is the first Deluxe Expansion for Megaquarium. It adds a brand new environment for you to explore and master – freshwater, and now it’s coming to console!
New Features in Freshwater Frenzy

Freshwater Frenzy brings so much new content to the game.

Let us know what you think about Megaquarium Freshwater Frenzy console release being delayed and whether or not you are interested in checking it out come March 2022.