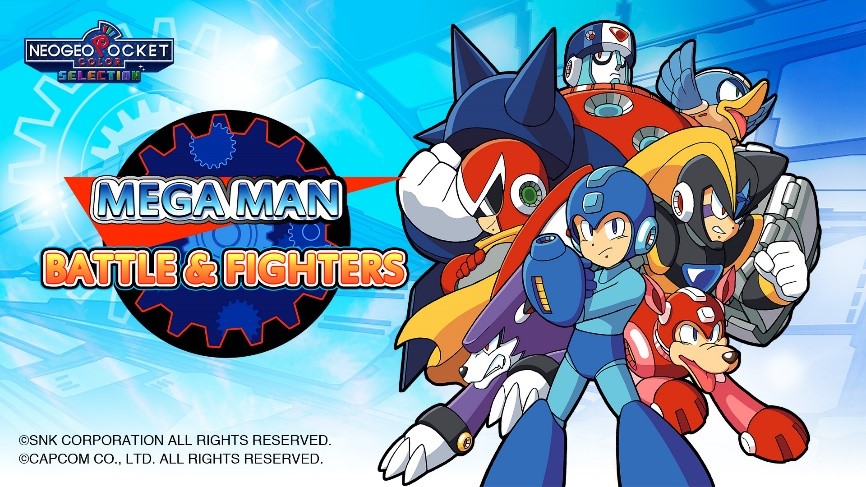 The game is now available via the NEOGEO Pocket Color Selection. Fans can play as different characters like PROTO MAN, BASS, and DUO, each with their own distinct playstyles. Get your buster ready and jump into the world of MEGA MAN. Get straight to the action as you take on boss characters from the MEGA MAN games 1 to 7. Defeat a total of 40 bosses and put a stop to DR. WILY’s plans for world domination. Character data can be obtained randomly by defeating enemies. Set out and collect all 36 types to fill up your own personal database.

Players should be aware that this product contains only the Japanese version and trading functions have been disabled. The manual included in the game it is from the NEOGEO POCKET Color edition. Therefore, some of the controls may vary on Nintendo Switch.

MEGA MAN BATTLE & FIGHTERS is available to download now for Nintendo Switch for $7.99/ 7,99€. More information is available on the official website. Let us know what you think about the new MEGA MAN game coming to Nintendo Switch and whether or not you are interested in checking it out.