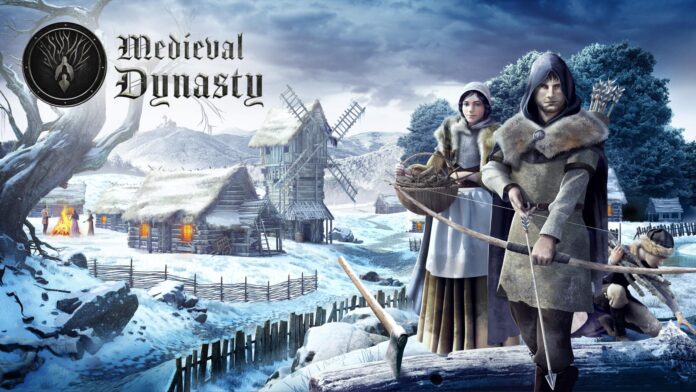 Medieval Dynasty is available as a Steam Early access tile, which means the game is still in development. Medieval Dynasty PC players are reporting errors and issues like the crash at launch, LowLevelFatalError, Unreal Engine is exiting, DX11 Feature Level 10.0 Is Required, Failed Firewall Exception, stuttering, and more. Here I have compiled a list of errors and issues that players are experiencing with the game along with their fixes and workarounds.

Medieval Dynasty is a survival simulation game currently available as a Steam Early Access title, at the time of writing. Given that it’s in early access, errors and other issues are bound to pop up. Medieval Dynasty PC players are facing errors and issues like crashing at launch, LowLevelFatalError, DX11 Feature Level 10.0 Is Required, stuttering, and more.

Medieval Dynasty players are reporting that the game is crashing with the following error.

First of all, try updating your GPU driver, there is a possibility that this the GPU driver might be causing the error. Also, do a clean installation.

This error is usually related to the GPU. Given that the game is in Early Access, it’s putting too much load on the GPU and needs optimization. Another possibility would be that either the GPU is overclocked or is old.

If the GPU is overclocked, then revert it back to its default clock speeds even if its factory overclocked. In case the GPU is old, then I recommend that you drop the GPUs memory clock by 100 MHz using MSI Afterburner. This should fix the “Unreal Engine is exiting due D3D device being lost” error.

If the GPU is not the issue, then chances are the game is putting an unreasonable load on the GPU and causing the crash. The fix I am about to tell you will also work if the GPU is the issue and you don’t want to mess with the GPU clock.

The fix for this LowLevelFatalError is simple, cap the game’s max FPS to 30. Open Nvidia Control Panel > Manage 3D Settings > Program Settings > select “Medieval Dynasty” from the menu or add it if it’s not already there. From the options, turn on “Max FPS Limit” and set the value to 30. This will lock the game at 30 FPS and will fix the “Medieval Dynasty Unreal Engine is exiting due D3D device being lost” error.

Some Medieval Dynasty PC players are reporting that they are unable to play the game as it doesn’t launch and they get a similar error to the following.

For most players, this error is occurring if they have installed Steam UAC protected Folder like “C:\program files (x86)”. This can be easily fixed by moving or installing Steam to either C:\Steam or to another drive. This will fix the “failed to add firewall exception” error.

If this fix doesn’t work for you then there is a workaround that might not work for everyone. First, go to the location mentioned in the error and copy “steamwebhelper.exe”. Paste it to “Steam\bin\cef\cef.winxp\” and “Steam\bin”. Also, right-click Steam.exe > Properties > Compatibility tab > check “Run This program as administrator”. Apply the change and the error will now be fixed.

“DX11 Feature Level 10.0 Is Required” is another Medieval Dynasty error that PC players are experiencing. Here are the fixes.

In case your GPU supports this DirectX version then these fixes are for you. If you are trying to play the game on a laptop with a dedicated GPU, then maybe the game isn’t switching to the dedicated GPU and is trying to run on the integrated GPU.

If the error persists then uninstall your GPU driver and reinstall it. Do a clean installation and the error will no longer bother you.

In case the error is still isn’t fixed, repair DirectX files. Download DirectX and run the setup. Follow the setup prompts and reinstall DirectX files. This will fix the “DX11 Feature Level 10.0” error.

Medieval Dynasty PC players are reporting that the game is crashing at launch or not starting at all. There are multiple reasons behind the Medieval Dynasty crash at startup issue and here are the fixes.

The first thing the players need to try is to give the game admin rights. Right-click Medieval Dynasty’s exe > properties > Compatibility tab > check “Run This Program as Administrator”. Apply the change and the issue will be fixed.

Your anti-virus/Windows Security might be blocking important game files and causing the Medieval Dynasty to crash at launch. Either disable real-time protection or exclude the game’s install folder from the anti-virus.

Performance is a common issue in PC video games that launch optimized and Medieval Dynasty is in Early Access. So, performance issues like low FPS and stuttering are bound to happen. Here is how to fix stuttering and improve the game’s FPS.

First, install the latest GPU drivers and make sure there is no background process using too much CPU, CPU, or HDD.

Apply these changes and not only stuttering will be fixed but the game’s FPS will also improve.

That is all for our Medieval Dynasty fixes for errors and issues like Unreal Engine Is Exiting, LowLevelFatalError, crash at launch, Failed Firewall Exception, DX11 Feature Level 10.0 Is Required, and more. If you are facing errors and issues with other PC games or your PC then also see our hub for commonly occurring PC errors and their fixes.