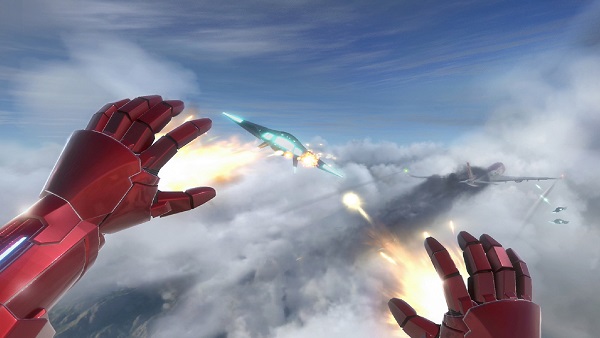 After a recent delay, Marvel’s Iron Man VR is finally out on PlayStation VR. The game puts in the shoes of Iron Man, Tony Stark. What better time to give you all the tips and tricks you need to get on the right foot.

Marvel’s Iron Man VR Tips and Tricks – Everything for Beginners

If you have seen the movies, you pretty already know how to fly the Iron Man suit. Basically, the thrusters are under Stark’s palms and feet.

If your palms are facing forward you will fly backward, face them backward with your arms on your sides to fly forward. If you have a basic understanding of physics and momentum, you won’t have a hard time flying around in the game. You can make adjustments to your flight pattern by using your like of sight.

Combat in Iron Man VR is fun and very intuitive. Players can easily understand the combat system. Your weapons are attacked to the Move controller, check out the controls section above to see what buttons to use.

And yes,  you need to have the move controller in order to play Iron Man VR. What you need to keep in mind is that the weapon you use are dependent on your hand positioning.

Playing Iron Man can often take a toll on your back and legs. Here’s a tip, when you feel discomfort in your legs and back, it is best to sit down. It may not be clear but you can actually play the game when sitting down.

You can change different weapon settings and it is best to have at least one short and one long-range auxiliary weapon on your Iron Man suit. You can equip different weapons so make the best of it.

You can get additional points for completing combat and flight challenges. Last but not the least, you can equip two suits at a time and both can have different loadouts.

If you need more help with the game check out the Iron Man VR Wiki.