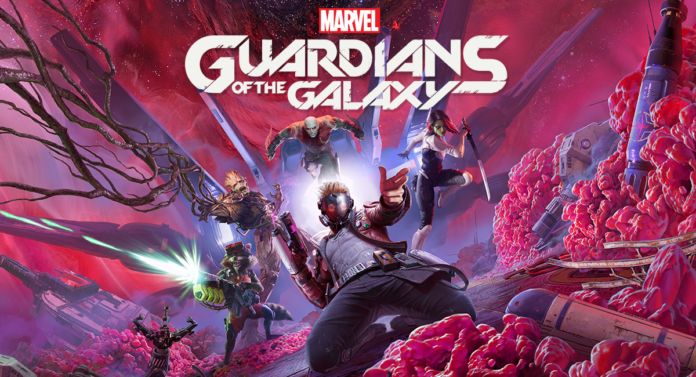 Mary DeMarle, Guardians Of The Galaxy executive narrative director talked about the matter and mentioned the following:

We’re also very aware that we’re dealing with an ensemble cast here. Each of these characters is important, so they also have their story arcs through the game. [They’ve] been together for a little bit of time, but not long enough to really gel yet — and Peter doesn’t really know how to be a leader yet.

DeMarle also talked about the challenges of dealing with so many characters in the game and how they come together.

Hitting that [balance] so that they’re still dysfunctional, but they’re growing together, becomes a really interesting challenge. And then with the amount of banter that we’re writing in this game, coming up with new ways to do it, and new themes and things for them to hit on — that becomes a very big challenge, too.

Marvel’s Guardians Of The Galaxy does take inspiration from the MCU movies but it takes notes from the comics as well as DeMarle continues:

Drax is very intelligent, but in the movies, he’s very literal. We wanted to maintain that, but also make it [clear] that he’s a smart guy: he’s more of a tactician in the group.

The character I liked best that we worked on was Mantis. We put more of the character we saw in the comic books into her. She was a lot of fun to write because she’s so unpredictable.

Let us know what you think about Marvel’s Guardians Of The Galaxy giving each of the characters a story arc and whether or not you are interested in playing the game when it comes out on October 26, 2021. A new trailer of the game was recently released and we got to see highlights of the PC features. Check it out if you are going to play it on PC.