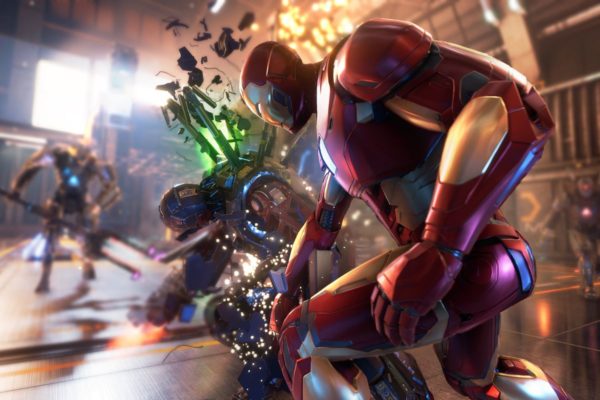 Creative director Shaun Escayg talked about the Warzone missions in Marvel’s Avengers and the following is what he had to say regarding the matter:

Imagine the campaign as sort of the Kamala origin story, reassembling the Avengers, right? That’s the campaign. But that’s just the jumping-off point. Once the campaign resolves […] it opens up [into] this sort of larger world and sort of AIM versus citizens, the superpowered, and the heroes themselves.

You can access these missions from the ruined helicarrier base. It can be restored as you progress through the game. Meanwhile, it is being used to house refugees. Phil Therien, the War Zone director went on to mention the following:

So you’re looking at the [war table] map, there’s different regions, and those regions have different activities on them. It could be a mission that advances the story for a hero, it could be a faction mission that helps SHIELD rebuild, it could be because some AIM hotspot, some big threat, has been detected, and you have to go do that, and you’ve got a limited amount of time to do it.

The Warzone missions are going to be used to tell all kinds of stories. They are not only going to let you feel what the heroes felt but also put you into the shoes of the common folk. Phil Therien goes on to mention the following:

Some of the War Zones will actually let you see a little bit more how the Avengers are dealing with everything that happened at A-Day,” says Therien. “So it gives you a sense of how did Hulk deal with being stuck as Hulk, right? […] So those are threads that are specifically for those heroes. There’s threads that also talk about the different factions that are basically dealing with rebuilding post A-Day as well. So you’ll see Maria Hill dealing with what’s happening with SHIELD, and that’s another line of missions.

The Warzone missions are not staged. You can complete them in pretty much any order that you want. Therien had the following to say regarding the matter:

It’s not all sequential, you can do them in any order you want in many cases, but some of them also unlock because you’ve completed others.

Warzones are not going to be the same. Different Warzones are going to have different environments, time of day and even weather. So there is going to be differences between them. Difficulty settings can also be changed to get better rewards. herien had the following to say regarding the matter:

Let us know what you think about Warzone missions in Marvel’s Avengers and whether or not you are interested in checking out the game when it comes out.