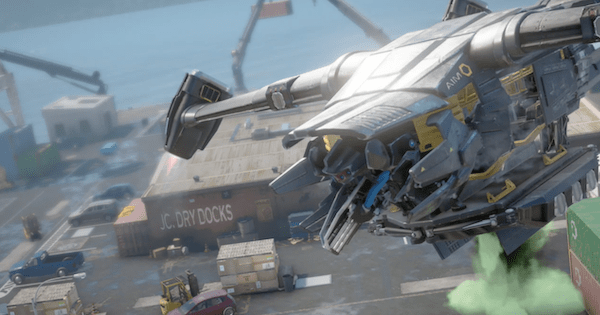 Warship is one of the bosses in Marvels Avengers. This is an AIM drone that has multiple attacks and shields. Taking this machine on is going to be tough if you do not know what you are getting into. In this Marvels Avengers Warship boss guide, we are going to walk you through how you can beat the boss.

How To Beat Warship In Marvels Avengers

The Warship is designed to go up against superhumans so it is a fine opponent to take on. But it does have its weaknesses. It has several parts that you need to destroy. The overall HP of the boss is going to drop when you take out the different parts and weapons.

Make use of your team and destroy as many parts and weapons as you can in order to take down the overall health bar of the boss.

Destroying the weapons will disable them and will help you deal more damage without putting yourself in harms way. Take out the weapons in order to be able to deal damage in a much safer way.

On top of the Warship you will find the shield generators. This is what allows the Warship to generate a shield around it. Destroy these in order to keep the Warship from getting a shield in Marvels Avengers.

The generator is going to pop up again after a while so you will need to take it out a couple of times. Note that you should take out the shield generators first and deal damage to the parts and weapons later on.

Ironman and Thor can fly and hover around in the air which makes it easier to aim at and take out weapons and the different parts of the Warship. From time to time the Warship is going to shoot a laser that does damage to whatever is in front of it. The laser is going to track you. You can move under it or evade it in order to avoid taking any damage.

Other than the main boss, you will find that there are other weaker enemies that are also going to join the fight. You can have some people assigned to take them out as they can get a bit annoying if left unattended.