Home Guides Marvel's Avengers Marvel’s Avengers Ultimate Abilities Guide – How to Charge, How to Use 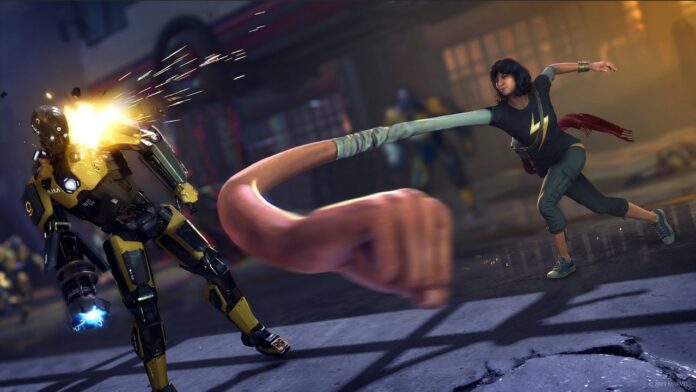 All 6 Avengers have unique ultimates in Marvel’s new game.

Hulk’s ultimate is one of the most vicious in the game. The giant beast will clap his hands together to create a shockwave that decimates anything standing in its way. It is a really useful ability that helps clear a ton of adds at a time.

Tony Stark aka Iron Man uses his ultimate ability to call in the hulkbuster armor. The armor can absorb a lot of damage and also deal a ton of damage. It is very effective against larger enemies.

Captain America creates a powerful blast by smashing his shield on the ground. This creates a shockwave that pushes enemies back and deals damage to anyone standing near Captain America.

Thor’s ultimate is the Bifrost, the God of Thunder calls in the Bifrost that can penetrate armor and shields with ease. You can manually choose the area of effect for Thor’s Bifrost.

Black Widow creates a shockwave from her suit and then summons an electric staff that does a ton of damage to the enemies. She can use the staff to perform multiple combos in Marvel’s Avengers.

Kamala Khan is a brand new character in Marvel’s Avengers universe. She makes her gaming debut in the Avengers video game and so far she is a great character to play. Kamala Khan’s ultimate ability turns her into a giant. She expands her physical structure of great heights with increased health and damage. However, it does make her slightly slower to control.

How to Use Ultimate Abilities

How to Charge Avengers’ Ultimate Abilities