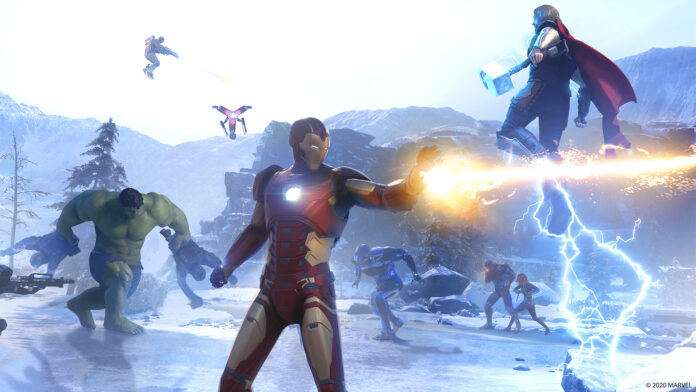 Marvel’s Avengers is out now and it is a massive game with plenty of characters and content for you to check out. All that can get a bit overwhelming if you are new to the game and chances are that is exactly the case. In this Marvel’s Avengers tips and tricks guide, we are going to give you some pointers that you should keep in mind when jumping into the game.

The following are some useful Marvel’s Avengers tips and tricks that you should keep in mind when jumping into the action:

Before anything else, we recommend that you turn off the Shake Sensitivity and Motion Blur settings in the game in order to avoid sickness. Leaving these on can result in headaches and motion sickness.

For the PC version of the game you should have the Aim Mode on Hold and Run Mode set to toggle. Set Defense Mode to Hold as well.

Know that every character in the game has a parry and a dodge. If you are playing on PS4 then circle is your dodge and R2 is your parry. On PC, dodge is ctrl and parry is the Q key.

You can use dodge or parry when you see a circle around the enemy. If the circle is of any color then you can both dodge and parry but if the circle is red then you will not be able to parry and you can only dodge the incoming attack.

Timing is going to be key here. Learn the different attack patterns for different enemies in order to parry and dodge perfectly. Press the button too late and you will get damaged.

Leveling All The Characters

Every character is unique and has different abilities which you should try and learn about. Play with different characters in order to learn about what they offer. Note that you cannot switch your character during a mission as the missions are scaled according to the character that you have selected. You can only change characters outside of the missions.

Exploration And Side Objectives Are Rewarding

The game will reward you for completing the side objectives and exploring. If you are in a big area then you might want to look around and search for caches. There are even small puzzles that you can complete in order to find hidden caches. Complete side objectives to gain additional experience and loot.

The loot will help you early on in the game and the faction experience will help you later on. You should note that if you miss a cache and move on to the next area of the mission then you cannot come back and get it.

There are different factions in Marvel’s Avengers and one of our tips is to level up your rank for these factions. Doing so will make valuable gear and loot available which you might want.

Head over to the coordinators of the different factions and take the challenges that they have. Complete these challenges and the faction missions in order to earn EXP and increase your faction rank. This system is going to feel very familiar if you have played games such as Destiny.

During the game, you will find containers that hold Inhumans. You can free these Inhumans in order to get experience points towards increasing your faction rank as well.

You can even upgrade your gear and you can do that for lower rarity gear early on in the game for the different perks and stats that they have to offer. Upgrading gear a couple of times is inexpensive and chances are that you already have the resources that you need in order to upgrade your gear.

Later on when you no longer require a certain piece of gear then you can salvage it to get the resources back.

While increasing the difficulty makes a mission harder you also get better loot for completing it. Normal setting can give you gear of +2 power level but the most difficult setting is going to give you +10 loot.

This is something that you want to do towards the endgame. Complete the missions at higher difficulties in order to hit your power cap. Most of the missions can be completed with pretty much any character. So you are free to pick and choose.

There are some missions that require a specific character but once you have completed the mission which said character you will be able to rerun it with any character that you want.