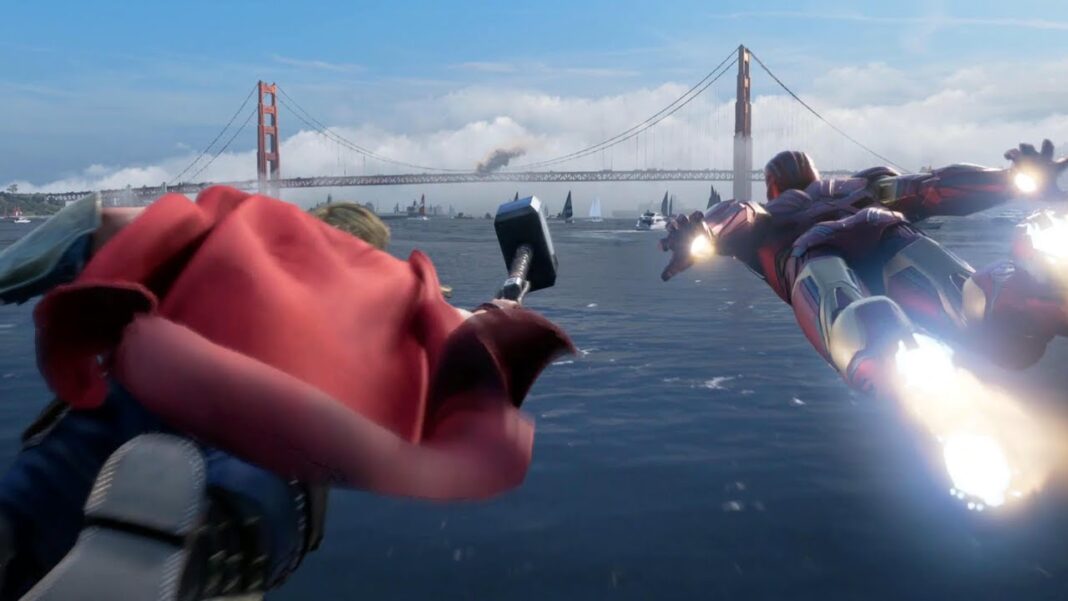 The mission starts with a brief cutscene that shows the bridge under attack, setting up the events of A-Day. Iron Man and Thor rush to the bridge as you take control of the God of Thunder. Thor will be your first playable character in Marvel’s Avengers.

Clear the Bridge As Thor

The bridge is under attack and the Reapers are threatening the lives of many. Thor lands on the bridge and you take control. As Thor, your first objective is to clear all the Reapers. It is a very linear section so you won’t a hard time completing it. Use Thor’s hammer to defeat the Reapers. As you move forward, a barrier blocks your way but use Thor’s heavy attack to smash it and make way.

After Thor, you will take control of none other than Iron Man. The game guides you through his flying and combat controls. As Iron Man, your objective is to defeat the flying enemies. You Iron Man’s blasters to take them down.

Even if you are playing on PC I highly recommend you use a controller for Marvel’s Avengers. It is next to impossible to control Iron Man with a Mouse and Keyboard. After defeating the flying enemies, Iron Man must take on the turrets. Use Iron Man’s beam to destroy the turrets.

Defeat the Reapers and Tanks As Hulk

After Iron Man, you will take control of none other than Hulk. The one job Hulk has is to smash! Make your way through the bridge taking down the Reapers and Tanks.

Defeat Enemies on the Chimera As Captain America

In the next section of “The Light That Failed” you will play as my personal favorite, Captain America. Cap is on the Chimera. Multiple enemies will enter through the door in waves, Captain America will use his shield and melee combat abilities. His section is the most interesting out of all 5 Avengers.

Defeat the Taskmaster As Black Widow

Black Widow goes up against the first boss of Marvel’s Avengers, the Taskmaster. The first phase of Taskmaster is QTE so all you need to do is jump away and shoot when you both reach the top of the bridge. Phase 2 is a bit more challenging.