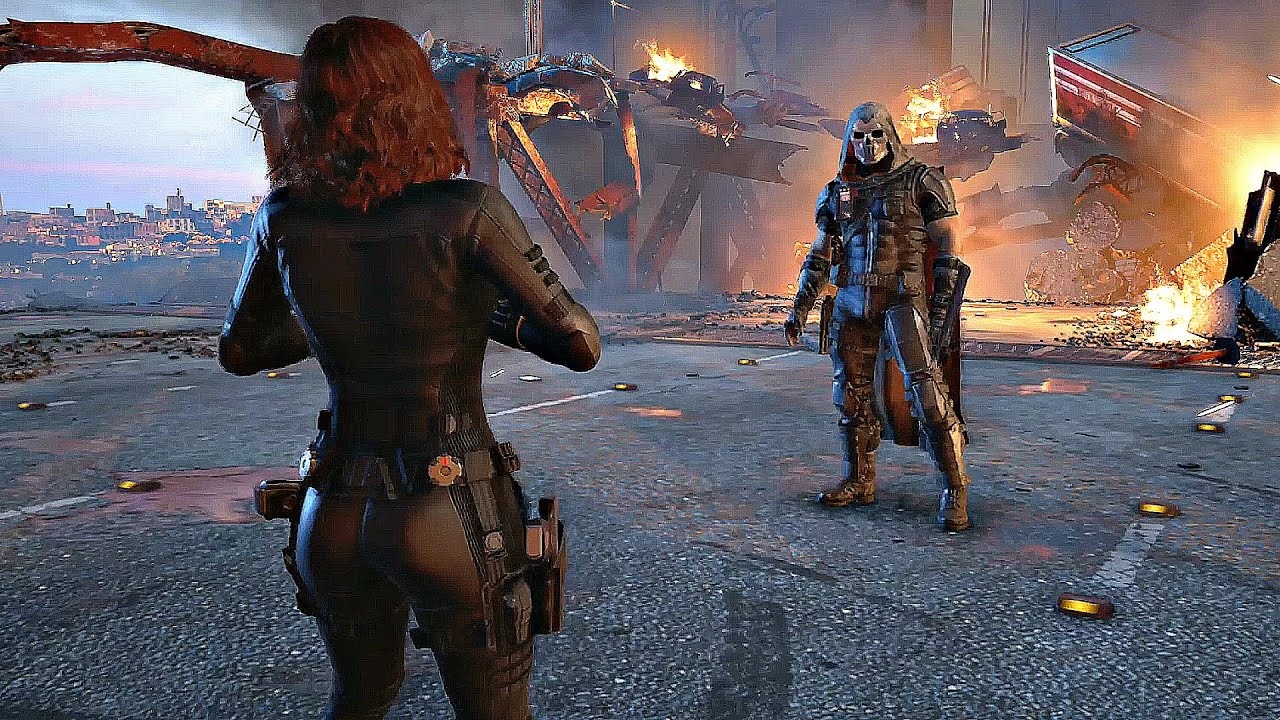 Taskmaster is the first boss you’ll fight in Marvel’s Avengers. If you remember Deathstroke from Batman: Arkham Origins, the boss is in the same league in terms of difficulty. In this guide, we’ve detailed everything you need to know about how to defeat Taskmaster in Marvel’s Avengers and some tips and tricks to make it relatively easier.

You’ll take on Taskmaster as Black Widow which will begin with a brief QTE. This is the entire sequence if you’re having a hard time remembering:

After you’re done with the QTE, Taskmaster will take it to the air and try to attack you – always keep an eye out on the red glowing icon on top of his head and dodge accordingly.

After dodging, simply aim and shoot to deal some damage. Remember that he’ll use his shield to block most of the damage so keep on shooting if you’ve to.

Damaging him enough will trigger a brief cutscene. After the cutscene, you’ll need to repeat the entire process again i.e. to dodge his sword attack, avoiding the marked circles on the ground, and dealing damage.

At about 40% HP, you’ll be provided with another tutorial telling you about Grapple Counter. In order to Grapple Counter, you’ll need to press R2 to counter attacks with blue/yellow indication markers.

Once again, continue to deal damage and you’ll eventually be told to learn to activate her Veil of Shadows ability – you can do so by pressing L1.