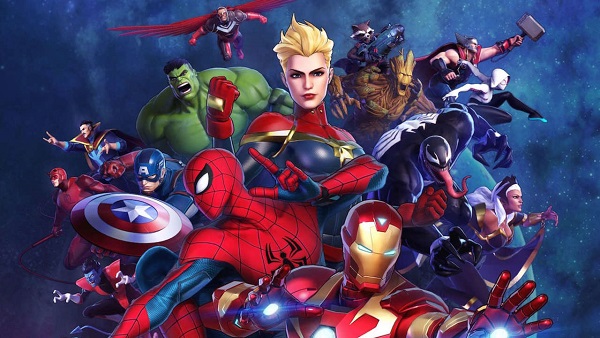 There are many tough bosses in Ultimate Alliance 3 but there are some common gameplay tricks you can use. Each boss is unique but some general information about how to play can help you do better.

Switch Characters — In Marvel Ultimate Alliance 3 you have access to a plethora of superheroes. Of course, people play with their most favorite ones and rarely switch. But keep in mind that switching character during gameplay can actually be useful. Whenever you are facing a tough boss or even a tough wave of enemies, switch characters when you are low on health.

This strategy is most effective when playing solo mode. The game shields your other teammates and they don’t instantly die from hard-hitting boss attacks. You can switch to different characters to last a bit longer in the battle against hard bosses. You can also switch between teammates depending on the boss fight you are in.

Trigger All Ultimates at Once — In case you aren’t aware, Marvel Ultimate Alliance 3 allows you to trigger Ultimates at once. Keep track of the yellow bars which indicates the ultimate charge. When facing a tough boss in Ultimate Alliance Nintendo Switch players can coordinate their abilities and do max damage. Keep an eye on the purple indicator which tells if the boss is about to be staggered.

Two Ultimates at a Time — When facing a tough wave of elite enemies you can use one ultimate to stun the elites and if need be use another one to take them down. Again, it is about coordinating your character ultimates. Save two ultimates to take down a tough wave while the rest of the team can preserve theirs for another encounter.

Lure the Boss Away — It is to be noted that the revive/counter meter remains at the same position even if you are knocked away from your teammate. The best strategy is to lure the boss away from the revive point, stun the boss, and then revive your teammate.

Crates Will Heal — Keep an eye on nearby crates and smash them to get healing red orbs. They can come in extremely handy during boss battles. Also, ultimate abilities also drop healing orbs and turn you invisible on-screen. Crates also drop blue mana orbs.

How to Beat Venom and Electro In Ultimate Alliance 3

Venom is one of the hardest bosses from Marvel Ultimate Alliance 3. The game takes you to the Raft where many of super-villains are present. You will take on Weapon-X prisoners and the symbiote known as Venom. Venom isn’t the only problem you face here. The symbiote has Electro as his bodyguard but there are ways to take him down.

When facing Electro all you need to do is avoid his AoE attacks. Press “L” to Dodge roll and use the left stick to direct your roll. Get closer to Electro without getting shocked and attack. Once Electro is taken care of Venom is next in line.

How to Power the Sonar Panels to Defeat Venom

Once you defeat Electro he will charge and electrify Venom. From this point, you will not be able to attack Venom. You need to power two sonar consoles at the top of the room. Keep avoiding Venom until he jumps high enough. A yellow circle will appear next to you so move to one of the exposed wires in the cell. When Venom jump’s down dodge out of the way and he will electrify the circuit and switching the sonar panel.  Repeat the same process with the other cable and you will defeat Venom.

How To Beat Elektra

Boss fights are meant to be tough and challenging. So make sure you have upgraded your characters as mush as you can. Like any boss fight, you can take any team with you but taking Defenders with you is the best option to take down Elektra.

Luke Cage and Iron Fist both have the abilities to drain enemy’s stagger meter, so that will come in handy. Also, there is a reason why we need Defenders to beat Elektra.

First of all, Defenders can take some beating and Elektra likes to unleash her combos very quickly. This will give you a chance to stay in the boss fight. Secondly, as she uleashes combos quickly, having her staggered helps a lot.

Now let’s get down to business. I order to beat Elektra, you first need to target the three Ninjas that have purple streams connected to her. As long as they are alive, Elektra is immune to your attacks.

Taking out these Ninjas is simple. Lower their stagger bars and once they are staggered unleash your your abilities to finish them off. Make sure to create combos with your heroes’ different abilities.

The most effective combo is using Like Cage’s EP on Harlem Express with Iron Fist’s Jump Kick ability. Keep on doing it until Elektra is staggered and then have your team unleash their combos on her. Keep on doing it and eventually, Elektra will be defeated and you can move on with the game.

How To Defeat Dormammu

Dormammu is one of the toughest bosses you’ll face in Marvel Ultimate Alliance 3. Till this point, leveling up might have done the trick for you in terms of defeating the bosses. But, this won’t help mush with Dormammu boss fight.

The reason why Dormammu is annoying is that his stagger meter refills constantly and usual attacks won’t help drain it. Your heroes need to pack a serious punch and some crystals to defeat this boss.

To reduce Dormammu’s stagger meter, you need to use crystals. Pick one up and a shield will cover you and this will only protect you from projectile attacks not physical attacks.

Note that giant rocks and Dormammu’s arms don’t count as attacks that would be absorbed. You can absorb lightning and fireball attacks.

Once the shield around you grows fully, you’ll be able to throw the crystal at Dormammu. The crystal will deplete at least 50% of his stagger meter. The longer you carry the crystal the more likely you are to lose the crystal. So, throw it as quickly as possible.

You only need to hit Dormammu with two charged crystals and his stagger meter will deplete. Once that happens, unleash your attacks but save your extreme attacks for the final blow.

Dormammu will summon impenetrable shields around him. Hit him with two charged crystals and the shields will go down. In the final phase of the attack, Dormammu will stop his projectile attacks and this is when you will unleash your extreme attacks on him. This will bring down the mighty Dormammu.

How To Defeat Thanos

When you face Thonos, he’ll have all six of the Infinity Stones along with the Infinity Gauntlet. He is a tough boss and you need to be at least level 45. Some of his attacks cover the entire arena so dodging is important. While it’s not compulsory but it would help if you have support characters in your team like Doctor Strange or Scarlet Witch.

Thanos’ stagger meter depletes quickly but also recovers quickly. Use Synergy attacks to deplete his stagger meter and use your Extreme attacks when the meter is about to deplete, not when it’s depleted.

The best hero to use against Thanos is Spider-Man as his heavy attacks don’t slow him down and keep him moving which will help you dodge Thanos’ attacks quickly. Also, he deals some serious damage.

Just keep moving and dodge attacks and attack when an an opening appears with your basic attacks to restore the stamina bar. When stamina bar is full, use Synergy attacks to deplete Thanos’ stagger bar. Keep doing it until Thanos is defeated.

How To Beat Thane, The Infinity Armor

Shortly after you defeat Thanos, you will come face to face with Thane, The Infinity Armor. He is way more powerful than Thanos and deals more damage. Thane is capable of unleashing every attack that you have seen so far in the game.

Again you need heroes that can take damage and also healers. Thane unleashes powerful attacks and tough heroes will have a better chance to withstand these attacks.

This boss fight is the battle of perseverance. You just need to dodge and find an opening to stagger Thane and then unleash your extreme attacks. Eventually, Thane will be defeated, you just need to be mindful of your moves against him.