RespawnFirst
Home News Mike Pondsmith Confirms He Is In Cyberpunk 2077 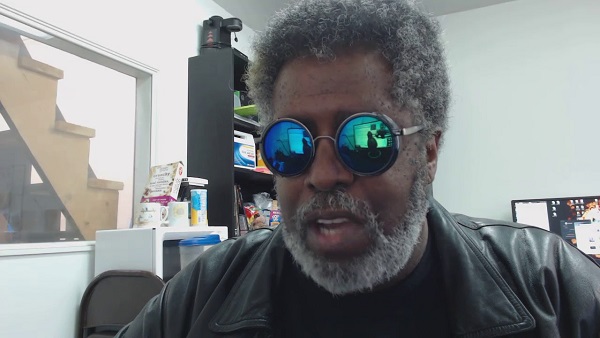 It was just two months ago, Cyberpunk 2077 fans were treated to the “breathtaking” announcement which saw Keanu Reeves join the game as the protagonists’ ally (or demise). We thought it cannot get any better than that, but another famous figure has joined the cast. No, it’s not Lady Gaga. Mike Pondsmith has confirmed that he is in Cyberpunk 2077 as well.

Mike Pondsmith is the pioneer of the popular role-playing board game, Cyberpunk (later released as 2020) which lay the foundation of the world and setting for 2077. The inspiration for the Interlock System game itself came from the deepest routes of cyberpunk and futuristic worlds of William Gibson and Walter Jon Williams.

Inclusion of the mastermind, the engineer behind the idea that paved the way to Cyberpunk 2077 in the derived product is a good decision on CD Project Red’s part. This confirmation was brought forth by Mr. Pondsmith himself who had to say this in an interview published in Xbox Magazine’s September issue.

I have a role. I actually recorded for one role, but they came up with a different one for me, but I can’t tell you much more than that. And I’m telling you that because there are a lot of fans who are going, ‘He better be in the game somewhere.’

Since the game has a long way to go before release, we understand Pondsmith’s decision to keep the details of his role obscure. With that said, he wasn’t shy about expressing his interests for his character-to-be. He stated:

So I’m in the game. I’m figuring what happens is, you know, at some point, (Johnny Silverhand) is playing his guitar and I’ll come out and play my bass (laughs).”

Even though hypothetical, if the scenario described does turn into reality, it might be a cool bad-ass and memorable moment in the game, between two respected and renowned figures of entertainment.

Hopefully, we’ll have more details about Pondsmith’s character and any others (fingers crossed for more celebrity cameos, including Lady Gaga) as we near the launch of the game. Cyberpunk 2077 is set to release worldwide on April 16th, 2020 for PS4, Xbox One, and PC.