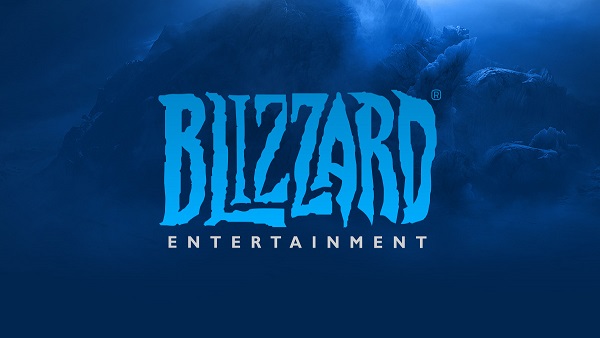 Last week Blizzard shared major announcements at BlizzCon 2019. Overwatch 2 and Diablo 4 among others were revealed during the stage presentation. Usually, such events and big announcements have a positive impact on company stocks but that doesn’t seem to be the case with BlizzCon.

Major announcements such as Diablo 4 and Overwatch 2 had little no positive impact on Blizzard’s stock. In fact, in the days following BlizzCon, Blizzard saw drops in its stock value. On the first day of Activision Blizzard’s BlizzCon, November 1, the company opened with $56.21 and ended the day with $55.82, a drop of 0.69% despite major announcements at BlizzCon. 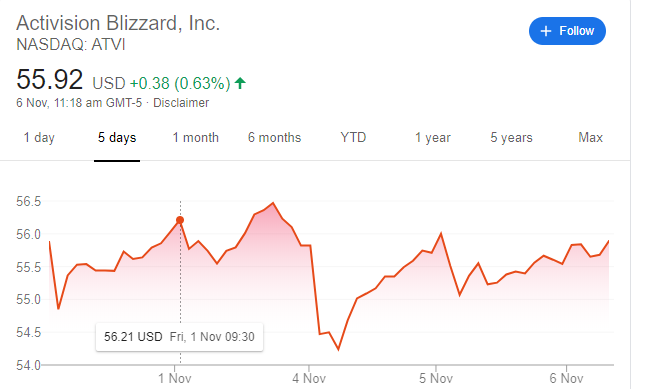 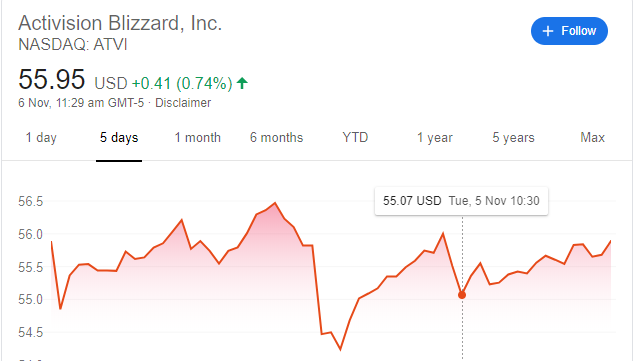 Stocks going up and down throughout the week is nothing to be concerned about. However, the fact that BlizzCon had no significant or from the looks of it, doing nothing to boost investor interest in the company should be worrisome for Activision Blizzard.

For the past two years, Blizzard has been at the wrong end of consumer backlash. It started with BlizzCon 2018’s Diablo Immortal announcement and took a whole new turn when Blizzard banned Hearthstone Pro BlitzChung for supporting Hong Kong. Blizzard’s half-baked apology did very little to improve its public image and acceptance. Company head J. Allen Brack promised to “do better next time,” but fans asked why not “do better” this time and unbanned BlitzChung and the two casters?

It is believed that Blizzard announced Overwatch 2 and Diablo 4 out of sheer panic. The goal was to divert attention to the newly announced games while the company has been successful to some extent, Blizzard’s reputation is still in the toilet.  The make matters worse, Battle.net is facing authentication issues for the past three days.