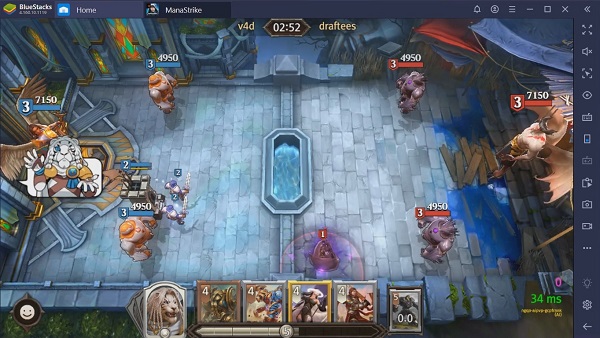 Magic: ManaStrike is an iOS and Android game that challenges your skill and ability to form a gameplan. It isn’t easy to game to play, especially if you are not ready to spend money on in-game purchases. So of course, you will require Magic: ManaStrike tips and tricks, cheats, and other information to make sure you win the rounds as often as possible.

When you kick off Magic: ManaStrike you will be asked to select a character you want to play as. You can select from a range of different characters but only after you have cleared the tutorial of the game. Planeswalkers are strong, powerful heroes with abilities to help you win the battles. It is important that you experiment with different characters to understand how they operate. This is why choosing the right character is at the top of our Magic: ManaStrike tips and tricks list.

You can summon your Planeswalker a total of three times during a battle. However, keep in mind that if you keep dying you need to rethink your Planeswalker summoning. The best use of the Planeswalker is to have units around them instead of solely on your side to have an advantage in battle.

Be Wise With Cards

Next on our Magic: ManaStrike tips and tricks list is a tip to be wise with your cards. Decks and cards in the game can be customized however you want and over time you will end up completely changing the deck you started off with. This is great but keep a few things in mind when customizing your deck. Units and bombs that kill themselves aren’t. Meanwhile, the easy to summon smaller units are useful for distracting enemy fire while bigger and stronger units charge the enemy. If you have a slow unit it is best to wait for the Planeswalker to be close enough to your enemy before summoning the slower unit on that location.

Call in more units to your Planeswalker’s location to hit them hard. When you manage to take down the tower move to the main guardian. There is no need to focus on the other tower.

Use The ManaStrike To Your Advantage

When you get closer to the end of the game, the ManaStrike mode triggers itself. The mode will increase how fast your mana replenishes, which means you can target your enemies by summoning more units on the battlefield. Once the timer runs out the player with the least amount of tower standing will lose the game. So summon as many units as possible during the ManaStrike mode to protect your towers. If you have any Planeswalkers left to summon, now would be the right time to call them in. This was the final Magic: ManaStrike tip and trick from our side. Hope this helps you do better in the game.