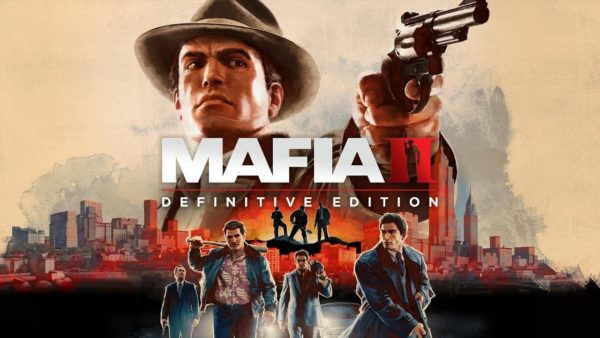 Mafia II Definitive Edition has launched and has brought visual upgrades to the game. However, the PC version of the game is still facing errors like Application Error 0xc00000b7, Missing Executable, disk write errors, and more.

The following are the errors and issues that players are experiencing with Mafia 2 along with their fixes and workarounds.

This can be fixed by manually downloading the file and placing it in the game folder or by reinstalling DirectX. While this fixes the XINPUT1_4.dll error but, most of the players are getting the “Application Error 0xc00000b7” after that. To fix this error permanently, download and install this file and place it in the game’s folder. The error will be fixed.

According to players, they aren’t able to play the game as it doesn’t launch as they get the “Something Went Wrong” or Missing Executable error. For Windows 7 users, the main reason for the is the Bitdefender or the anti-virus blocking the game’s exe as it falsely detects it as a virus. All you have to do is exclude the game’s folder from Bitdefender. Protection > Manage Exceptions > + Add an Exception. After that, verify games files and the game will launch perfectly.

For Windows 10 users, it’s the Windows Defender blocking the game’s exe. Either disable real-time protection or exclude Mafia 2 Definitive Edition folder from Windows Defender. This will fix the issue.

A lot of PC players are reporting that while they are able to play Mafia 3 without any problems on their laptop, the Mafia 2 Definitive Edition stutters even on an RTX 2070 laptop.

This is due to the game not running on the dedicated GPU but is running on the integrated one. Open Nvidia Control Panel > Manage 3D Settings > Program Settings > select the game. Under “Prefered Graphics processor”, select High performance Nvidia Procesor. Apply the settings and the game won’t stutter again.

If you are facing this on a laptop with an AMD GPU, then open Device Manager. Under display adapters, disable the integrated GPU option. This will fix the stuttering issue with Mafia 2.

Audio Only Coming From Left Side Fix

Some Mafia 2 Definitive Edition players are facing the audio issue where it only comes through the left side in cutscenes. This can easily be fixed by switching the audio output from auto to stereo.

According to players, Mafia II Definitive Edition crashes either randomly or during specific moments without any error message. If your game is crashing at specific moments in the game, just lower the game resolution and when you get past it, you can raise the resolution back up. This is will fix the MAfia 2 crash issue.

Another reason for the game to crash is the use of third-party monitoring software like MSI Afterburner. Just disable the third-party software that you are using and the game will stop crashing.

Mafia 2 players are reporting that they are unable to play the game as they are getting the Disk Write Error. The following are the fixes for this error.

That is all for our Mafia II Definitive Edition fixes for errors like 0xc00000b7, XINPUT1_4.dll missing, stuttering, disk write error, and more. If you are facing other errors and issues with your games and PC then also see our hub for commonly occurring PC errors and their fixes.