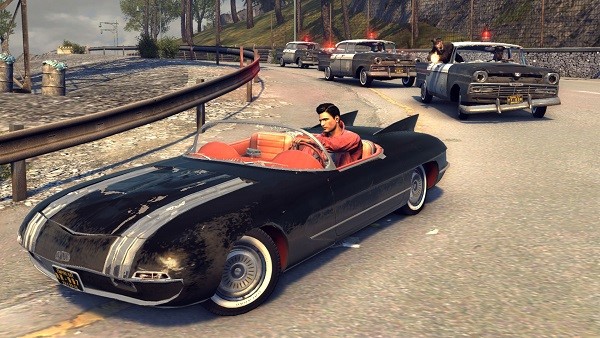 While explaining more about it, the company shared a picture of a car (skip to 41:10) that looks pretty similar to something right out Mafia 2. The car looks pretty close to a Shubert 38 but since the image is too small it is really hard to tell. For those who don’t remember, Nvidia used Mafia 2 to promote its PhysX technology back when the game originally came out. During the presentation, the developer showed real-time rendering applications of the new DLSS 2.0 from the renowned graphics chip maker.

Since the technology is quite new and is easier to implement if your game supports TAA, it is possible that Nvidia is using Mafia 2 Remaster to showcase what its DLSS 2.0 can do. Of course, it is just speculation but it is interesting to note that the Mafia 2 Definitive Edition was rated in Korea just days ago.

According to an article by Gamatsu, the Mafia 2 Definitive Edition got rated by the Game Rating and Administration Committee of Korea. So far we don’t know what platforms this game is coming out on but it is safe to say that PC, Xbox One, and PS4 are at the top of the list. The original Mafia 2 released on PS3, Xbox 360, and PC back in August 2010. The decade-old title is still among one of the popular Mafia games to date.