Home News Mafia 2 And 3 Definitive Edition Not Worth Buying, 1 Remake Might... 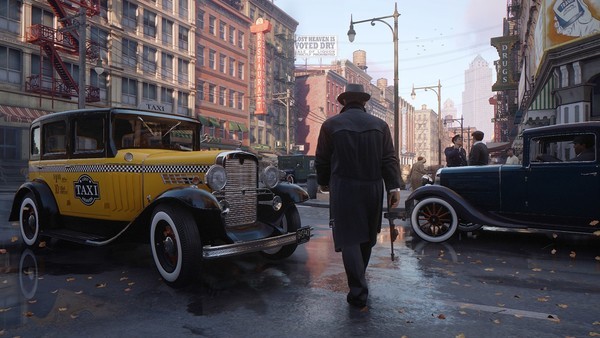 According to a Reddit user, the cutscenes are a bit better but there are issues with Mafia 2 Definitive Edition. The difference in graphics is a minor one and most people might not even notice it. The following is what the use reported:

The game is so prone to stuttering, too. In the first hour of gameplay, I’ve encountered numeral bugs that have made me have to restart the game. The audio problems are really noticeable too. With headphones on, all of the dialogue comes out of the left ear and the cutscenes are extremely loud while gameplay is super quiet. This just seems like a rushed re-release then a “definitive edition”. If you got it for free or plan to buy it at a cheaper price, great! But, it is certainly not worth the $29.99 in its current state.

Things do not get much better with the Mafia 3 Definitive Edition. The game came out 4 years ago and even with the release of the Definitive Edition, the demonic mirror bug has not been fixed. With this bug, your reflections in the mirrors act weird. They get bugged and the reflection is going to stay in place even when your character moves around in front of the mirror.

It seems that Mafia 2 and 3 Definitive Editions were rushed and that they were not polished at all. Mafia 1 is supposed to be remade from the ground up. What is interesting is that Illusion Softworks made the 1st Mafia Game, 2k Czech made the second, and Hanger 13 made the 3rd game. Hanger 13 is responsible for the remake of 1 and the definitive editions of 2 and 3. From what we have seen, Hanger 13 has done a pretty poor job.

Players mentioned that the devs did not even bother to add physics to the clothing. Trench coats still stick to the legs of the characters just like the classic games.

Mafia 3 Definitive Edition does not perform well at all. The game stutters frequently and bugs that are years old have not been ironed out yet. You can what kind of game the remake is going to be if the previous work of Hanger 13 is anything to go by.

If you own the original games then you will get the Definitive Edition for free. You could check them out if you are interested in seeing the difference.

Let us know what you think about the Mafia Trilogy and whether or not you are interested in playing the Definitive Edition of Mafia 1, 2 and 3. If you have played these games and have encountered any issues then share them with us so that we can add them to this story.