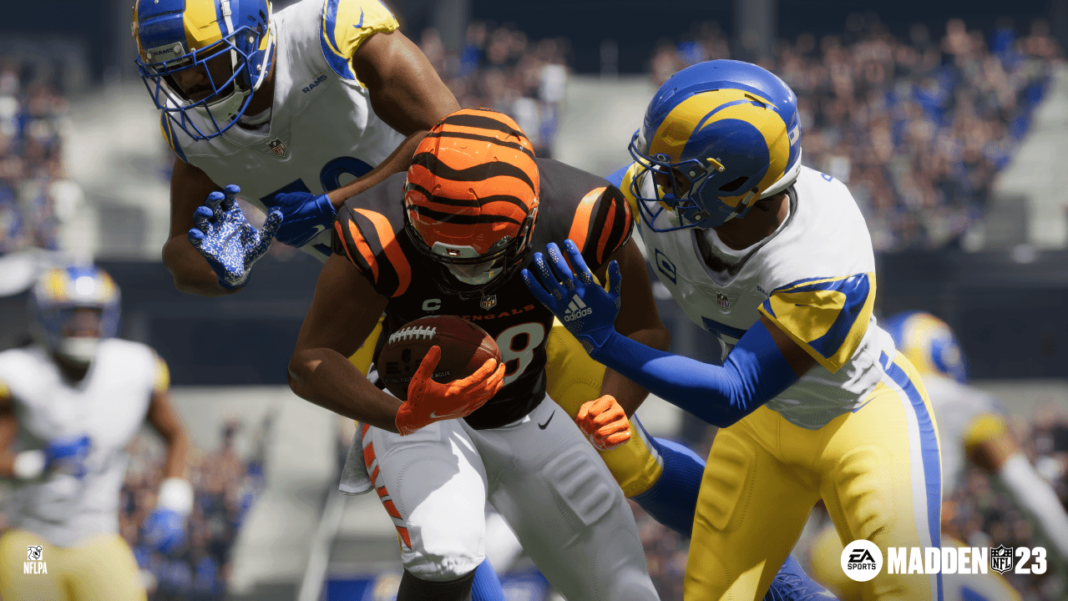 Madden NFL 23 is finally out, bringing exhilarating new experiences for those who choose to buy it. In this article, we’ll guide you through the teams and the players of the Tampa Bay Buccaneers. Tampa Bay had an exciting offseason as the Football legend Tom Brady is giving them a weird time, which is shown through the ratings that their team has. Brady alone increases the whole team’s offensive to another level. If you want to learn the best players of the Buccaneers, what position they occupy within the league, or which characters need more handling than others in the Franchise mode, this guide has got you covered.

The Buccaneers are overall one of the best teams to play in the entire league. Their overall rating at launch was around 93, which is exceptional. Six of the players in Buccaneers have been rated 90 and above in Madden 23;

That is all for our Madden NFL 23 guide with tips on Tampa Bay Buccaneers Roster And Ratings. For more on the game, How To Hurdle and How To Relocate.