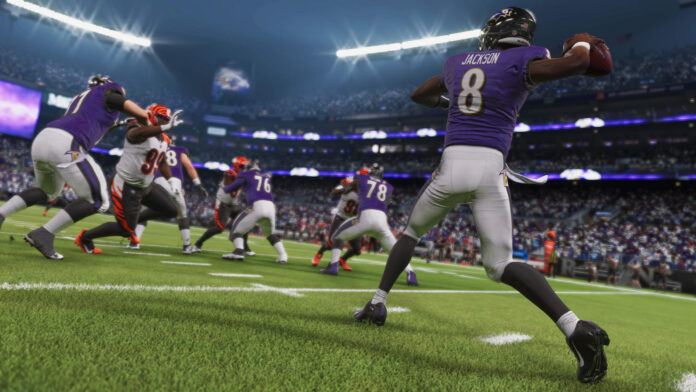 Madden NFL 21 PC is facing errors and issues like the crash at launch, low FPS, stuck at loading screen, random crashes, stuttering, fullscreen issue, Server Cannot Process Request, and more. Here I have compiled a list of errors and issues with the game along with their fixes and workarounds.

Madden NFL 21 is the latest addition to the Madden franchise. Face of the Franchise and Ultimate Team both make a return with Madden 21. While the game is fairly optimized but, Madden 21 PC is facing errors and issues like crashing at launch, random crashes, black screen, low FPS, stuck at loading screen, and more.

Here I have compiled a list of errors and issues that players are experiencing along with their fixes and workarounds.

Madden NFL 21 PC players are reporting that the game is crashing randomly while playing. Here are a few fixes.

One reason for the game to crash during gameplay is the use of third-party tools and software like MSI Afterburner. Disable any third-party software you are using and Madden 21 will stop crashing.

Another fix for the random crashes is to launch the game through Origin PC client instead of Steam.

For some players, the game is crashing during online modes. To fix that, do the following steps.

These steps should make the game stable that it won’t crash anymore.

If the above fixes didn’t work for you then it’s not the third-party tools or network issue that is causing Madden NFL 21 to crash. It might be your GPU. Either the GPU is overclocked or old enough that it can’t take the game’s load.

One way to fix it would be to lower the graphical setting. If you have an overclocked GPU, even factory overclocked, then revert the GPU back to its default clock speeds using MSI Afterburner and the issue will be fixed.

If you don’t want to mess with the GPU’s clocks or the GPU is old, then I suggest you lock the game’ FPS. Open Nvidia Control Panel > Manage 3D Settings > Program Settings > select Madden NFL 21 from the list. Turn on the “Max FPS Limit” and then set a value for the maximum FPS the GPU can render from the game.

This is a trial and error approach to find at which value the game becomes stable enough to not crash. If you intend to lock the game’s FPS below 60 then I suggest you lock the game at 30 FPS for frame pacing. This will resolve the Madden NFL 21 crashing issue.

Some PS4 players are reporting that Madden NFL 21 is stuck at the loading screen witch “REVIEWING THE GAMEPLAN” message being displayed. This is a network issue, if you are using LAN or WiFi, then connect to another network and the stuck at the loading screen issue will be fixed. After that, you can revert back to the network you were using before.

Some players are reporting that they are getting the following error while trying to play Madden NFL 21.

“Our servers cannot process your request at this time. Please try again later”

This issue is being experienced by Xbone and PlayStation 4 players while trying to access Madden 21 Ultimate team. To fix the “Server Cannot Process Request” error, long-in to your EA account on PC > Settings > deny the access to the Xbox One account.

When players open the EA play app on the console, it’ll ask to connect the account. Select “Yes” and players will get to the main menu and will be able to access the Ultimate Team and the error will be fixed.

Some Madden NFL 21 players are reporting that they are unable to connect EA servers and are unable to play Ultimate Team. Players get a similar error to the following.

Black Screen is another issue that Madden NFL 21 players are experiencing. According to players, when they launch the game they get a black screen with audio playing in the background.

If you are just getting back screen followed by a crash to desktop, then update your GPU drivers and the issue will be fixed.

Madden NFL 21 crashing at startup or not launching at all is another issue that PC players are experiencing. There are multiple reasons behind it and here are the fixes.

One reason for the game to crash at startup is the lack of admin rights. Right-Click on the game’s exe > properties > Compatibility tab > check “run this program as an administrator”. Apply this change and the game won’t crash at launch.

Another reason for the Madden NFL 21 to crash at launch might be your anti-virus/Windows Security blocking important game files. To fix this, either disable the anti-virus or exclude the Madden 21’s install folder from it. After that, verify the game files and the issue will be fixed.

Also, outdated OS is another issue why Madden 21 isn’t launching for some players. The game requires a certain Win 10 build to work. Update your OS if you haven’t and the game won’t crash anymore.

If the issue continues to persist, open Nvidia Control Panel > Adjust desktop size and position > scaling and set it to “no scaling”. Apply the change and the issue will be fixed.

Performance issues are common among PC video games and Madden 21 is no exception. Players are reporting performance issues with the game like low FPS and stuttering and here are the fixes. First, make sure you have installed the latest GPU drivers and there is no background process using too much CPU, GPU, HDD.

That is all for our Madden NFL 21 fixes for errors like random crash, Stuck At Loading Screen, Server Cannot Process Request, can’t connect to EA servers, low, stuttering, and more. If you are facing errors and issues with other PC games or your PC then also see our hub for commonly occurring PC errors and their fixes.