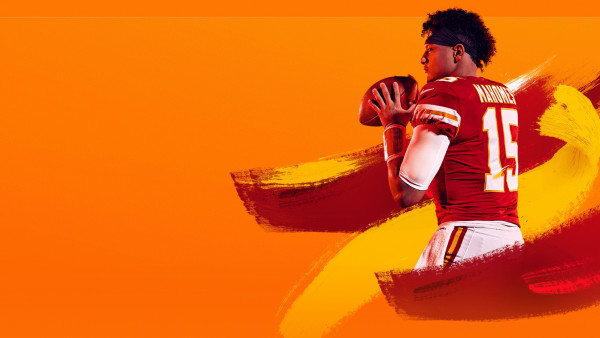 Having a good gameplan is the first step toward winning in Madden NFL 20. The game features a whole lot of good playbooks to choose from. It doesn’t matter if you like to go all-in, play super defensive, or prefer a more balanced approach – Madden NFL 20 has something for everyone. In our Madden NFL 20 Playbooks Guide, we talk about different playbooks that you should experiment with.

When it comes to MUT playbooks in Madden NFL 20, it goes without saying but each of these playbooks brings something unique to the mix – usually not found in other playbooks. Instead of fixating yourself on a single playbook, try to experiment with a few of them and see what works for you and what doesn’t.

Doing so will allow you to make an informed decision about where you want to go when it comes to playbooks. With that being said, there are some playbooks that deserve your attention. We’ve outlined a few of such playbooks in our Madden NFL 20 Guide below:

Similar to Madden NFL 19, Detroit Lions remains the arguably best defensive playbook in the game, thanks to the flexibility and plethora of options it provides. Both Nickel 3-3-5 Odd and 3-3-5 Wide are great defensive formations that work well and don’t require a lot of micromanagement.

Another playbook that can be mentioned in the same sentence as Detroit Lions is none other than the New York Giants. Similar to Detroit Lions, NYG offers great flexibility and a whole lot of defensive options, but if you’re going with it, you need to try Big Dime 2-3-6.

Lastly, we’ve got the Cincinnati Bengals and their insane 4-3 options. Be 4-3 Normal, 4-3 Under, or 4-3 Over – you name it and they’ve probably got it. You obviously won’t get the same flexibility like Lions and Giants, but it’s still a great choice, especially if you’re a fan of 4-3 formations.

It’s often said that a good offense is a strong defense and it can’t be truer in the case of New England Patriots. The playbook offers a bunch of shotgun styles that allow you to reach the receiver on both sides and/or when cutting to the mid-field. Shotgun: Bunch Trail, Wheel Mesh Switch, PA Counter Go, and Beach Swap are some of the styles you can expect from them.

Giving New England Patriots a run for its money is the Arizona Cardinals, major thanks to Kliff Kingsbury who has breathed new life is the lineup. Kingsbury’s great knowledge of offense has transcended to Cardinals, as they now have a lot of spread offense. Similar to the New England Patriots, this playbook also boasts some of the most impressive shotgun formations out of any playbook in the game.

One such notable shotgun formation is Shotgun Cluster that gives you the liberty to separate the TE from the line, resulting in you covering a lot of yardages.

As mentioned earlier, you can’t go wrong with Cincinnati Bengals if you’re a fan of 4-3 formations – literally, nobody does it better. As for having an impenetrable defense, the Detroit Lions should be your go-to playbook.

However, if you’re one of those guys who want to have the best of both worlds and wants to have a more balanced approach toward the game with good defense and an equally strong offense, I’ve got another one for you… the Oakland Raiders.

The return of Jon Gruden has given the team a whole new identity and you can instantly see them approach the games in a different manner. Not only they’ve started approaching the game in a more strategic manner, they’ve a very distinct playstyle of their own.

On the offense side, they’ve got some really decent Shotgun formations alongside the Singleback formations that give you a lot of flexibility and variations when it comes to making plays. Therefore, if you’re someone who has yet to develop a playstyle of your own and is still trying to experiment with different things, try the Oakland Raiders. You won’t be disappointed!

These are all the best MUT Playbooks that you can try in Madden NFL 20. Do give them a go-to test them out and don’t forget to share your thoughts with us!