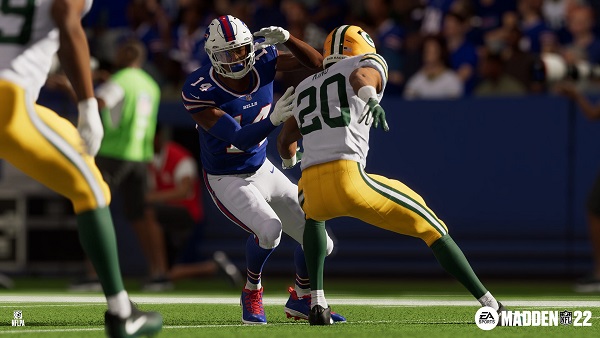 Madden 22 is a game that is hard to master and you must know when to pass and throw. You should also know which pass you want to make. There are two passes a low pass, and a high pass. You need to master your passes as mastering these will give you a substantial edge over the opponents. This is how you can do both high and low passes in Madden 22.

Regardless of what mode you are playing on the passing controls for Madden 22 are the same for every mode, which are Franchise, Exhibition, Ultimate Team, and Superstar KO game modes. To pass the ball you need to know your receivers and their icons to throw the ball successfully.

There are several receivers that you can throw the ball to. Each receiver will have a unique button assigned to him such as Square, Rectangle, R1, and L1 for PlayStation. For Xbox consoles, T, X, A, B are the respective buttons for each receiver.

If you want to throw a certain receiver a low pass, you need to press that receiver’s respective button and hold the LB button for Xbox or L2 button for PS.

If you want to throw the ball to a receiver using the high pass, you need to press the respective receiver’s button and hold the LT button for Xbox consoles and the L1 button for PS consoles.

This is how you can Throw Low Pass and High Pass in Madden 22. For more help on the game, feel free to check out our detailed Madden NFL 22 wiki page.