Home Guides Madden NFL 20 Face of the Franchise Walkthrough – How To Get... 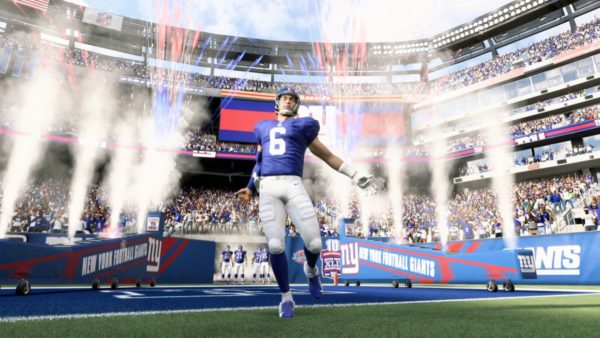 Madden 20 Face of the Franchise Walkthrough

Face of the Franchise is a scripted single-player experience which will see your character becoming a part of an NFL team. Choices play an important role into your character being drafted to an NFL team and our Madden NFL 20 Face of the Franchise walkthrough guide will help you with all of the choices that you need to make in order to increase your chances to be drafted into an NFL Team.

Face of the Franchise

As you start Madden NFL 20 Face of the Franchise, you’ll be presented with two options for your roster. You have to choose one and here is a brief breakdown of what these two options are.

Active Roster
This option basically picks the roster for you and will start your journey with the latest roster update for Madden NFL 20. Also, any changes made to the Madden 20 roster in the upcoming season will be reflected in your game.

Use Preseason Roster
Selecting this option will load up all of the rosters for all of the teams before Madden NFL 19/20 season starts. Meaning, you’ll start from scratch and all of you players will be uninjured.

Before you start your journey in Madden NFL 20 to get drafted by an NFL team, you need to create and customize your character. It’s pretty simple and there isn’t much that I can help you with. Just customize with the options provided and create your very own Madden NFL 20 face of the franchise character.

Once you have created your very own face of the franchise character, it’s time to choose your college team. Choosing a college team will determine what team will you play with until you are drafted by an NFL team. Here is the list of colleges to choose from. 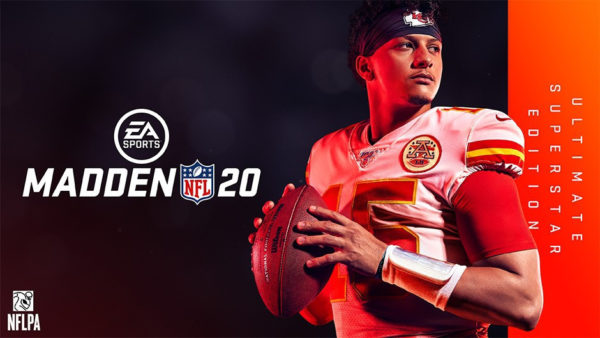 How To Get Drafted To an NFL Team

To get drafted to an NFL team, there is a string of choices that you need to make and here are the choices that will be given to you and recommended ones to make sure your character is drafted.

Once the Face of the Franchise starts, your character will get off from the bus and a security guard will stop you. Nothing special in this conversation other than that you’ll be selecting the team you are playing against.

After that, you’ll tackle a reporter who’ll ask about your play style. Carefully choose in this conversation as the option you choose will directly impact your play style for the entire Face of the Franchise mode. Here is what these options mean.

Strong Arm
As the name suggests, choosing this option means that your character will excel at throwing long passes and throwing down the field.

Improvise
Choosing this option means that your Quarter Back isn’t afraid of making some creative moves and trick plays.

Scrambler
This option will determine that your character will be good at taking the ball and runoff.

With this information in mind, make your choice carefully. Once you make the choice, you’ll get a pop-up notifying you the choice you just made.

After this, you need to make the choice regarding your character’s personality. The fact that you want to be drafted by the end of Madden NFL 20 Face of the Franchise mode, you need to pick the option that will make your character more appealing. The following are the available personality options and what they mean.

Intense
Choosing this option would mean, your player is a dedicated player but is also a bit of a superstar icon. Basically, a bit of both.

Entertainer
This would mean your character is a flashy player and attracts a lot of headlines to himself.

Leader
This is the dream player who is dedicated and possesses leadership qualities. Naturally, with this personality, your character would draw fewer controversies.

After choosing your personality, the next choice you’ll face will be in the locker room regarding the game plan. You choices are:

“Agree With Coach – Keep the game plan simple” or “Agree With Isaiah – Go with a more advanced gameplan”.

After half time, if you are winning the game, you’ll be presented with another choice. You can either take the credit or share the credit with your teammates. I would recommend sharing the credit given that you want your character to e drafted by an NFL team.

After the game, a girl will approach your character and his father will tell you that she requests that you throw our touchdowns at the Championship Finals. This is no easy feat.

Your next significant choice will be during at halftime of the National Championship game. Isaiah will ask you to throw the ball to him more often. Your options are “Agree” or “Disagree”. This is basically a team player choice. Agree and you’ll be a team player and disagree to take all of the glory for the championship final.

NFL combine will determine if you get drafter at a higher position or not and things really start to heat up. First, you’ll face a series of throwing drills. Your task will be to bullet throw to the receiver and leading him to get them to the highlighted position.

Now you need to do the same thing but with a twist of a running back throw. Keep a big margin between the receiver and the zone while throwing. This way, even if he catches the ball early, he will get inside the target zone.

After NFL Combine is done, you’ll face questions from media. When asked about the New York Giants, select “I’d be lucky” to show that you are a team player.

The next choice is a tricky one as you’ll be asked about the critics saying that you aren’t ready to play in NFL. “They’re Right” is the right choice here as it’ll increase your leadership rating.

As I said before, the main goal of Face of the Franchise is to be drafted to an NFL team. If you want to be drafted number one overall, here is what you need to do.

Even if you aren’t invited to NFL Draft, don’t worry as your character will be drafted nonetheless and that is how you get drafted into an NFL team in Madden NFL 20 Face of the Franchise mode.

If you are interested in learning more about the game then be sure to check our guides on the basics of the game, how you can farm coins fast and the best playbooks in the game.

This marks the end of our Madden NFL 20 Face of the Franchise Walkthrough. Best of luck to you all!