RespawnFirst
Home News Lord of the Rings Gollum Environments Aren’t Chopped Up Thanks to PS5... 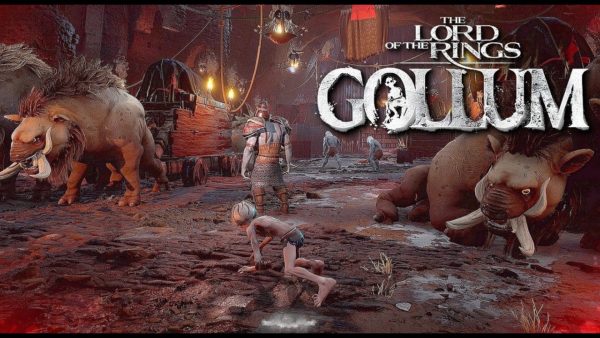 Lord of the Rings Gollum developer Deadalic has spoked in praise about the PS5 SSD, saying that Sony’s next-gen technology helps the studio keep the expansive environment intact. Designers of the open-world game won’t have to chop up their environments with loading corridors. PS5’s SSD will be put to work.

Lord of the Rings Gollum shows us a darker side of Middle-earth both in terms of story and environment. Early images show dense cave systems and shadowy stealth but every so often we see glimpses of a lush open-world above ground. While creating this gorgeous open-world art director Mathias Fischer looked at versions created by those who came before. 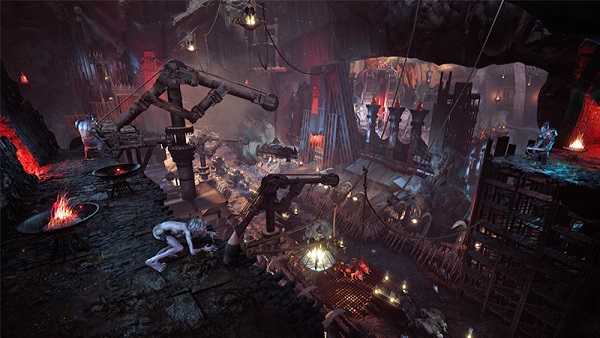 The dark, depressing landscapes created by John Howe to the misty vistas created by Alan Lee. However, Fischer did not find what he craved. The color schemes used for by these illustrators weren’t the right fit for the game.

Lord of the Rings Gollum is a stealth title that requires safe areas that must be visually distinguished compared to less safe locations. This is traditionally achieved by the use of light and contrasting palettes. But Lee and Howe’s work is much more mellow when transitioning between shades of color. A good portion of the game is set in a fortress called Bara-dur that houses, feeds, clothes, and accommodates an army. The fortress is a mix of metal and crystal and its design, divided into chapters by various structural materials.

Lord of the Rings Gollum is releasing on PS5, Xbox  Series X, and PC. No release date is announced yet.