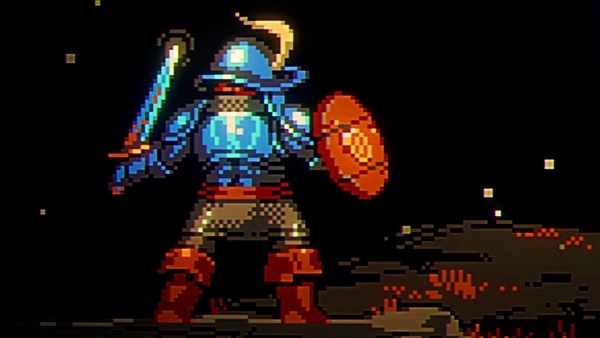 There are a lot of perks/traits that players can choose from in Loop Hero. When obtained, these traits provide players with a range of benefits including but not limited to healing, increased defenses, better attack, crowd control, among many others. These are obtained on their own as players continue to level up through a run. After each rank-up, players will be provided with a set of three randomly-selected traits. Out of these three, players will only be able to select one that will last for an entirety of a run to keep things balanced. In this guide, we’ve shared a complete list of currently all available traits in Loop Hero and their effects.

Below, players can find a complete list of all the traits that are available in the game alongside their effects:

Article of Protection
It grants the Phantom Protection that equals 65% of max HP. It soaks up all the damage.

Awakened Fragment
It grants a 2% chance to get an entire resource sphere instead of a chunk.

Battering Ram
Players can charge into a battle with a 75% chance of stunning the first enemy hit for 1 second.

Blade of Dawn
Players deal 2x more damage every morning, thanks to the sunlight imbuing the blade.

Child of the Forest
There’s a 75% chance of a ratwolf coming to players’ aid during fights.

Deep Pockets
It increases the resource cap in the expeditions by +50%.

Dominant Mass
Players get increased damage equal to 20% of the defense stat.

Fuss
Following the second enemy, players get -7% less damage for every enemy faced.

Marauder
Players can get an additional trophy for fighting against three or more enemies.

Master of Fencing
Players get a +20% chance of attacking two enemies at the same time.

Nothing is Sacred
Players can get +3 max HP after every kill.

Old Scars
For every trophy obtained, max HP is increased by +1.

Picky
This decreases the number of items obtained on the camp tile by -3 but increases the quality of exchange for trophies.

Treasure Hunter
There’s a 5% chance of a chest spawning on top of a killed foe.

Second Thoughts
This unlocks a new set of three traits without spending any points.

Shield-Master
It provides a +20% chance of stunning the target for 1 second.

Shield of Faith
Defeating an enemy grants a stack of Stained Glass (capped at 3 stacks) that has a 20% chance of protecting players against all incoming damage.

Skilled Armorer
After every loop, armor is increased by +1.

Smoke Screen
Losing 20% HP in a battle lets the players evade all attacks for 2 seconds.

Somersault
Players get a +35% chance to land a counterattack while evading.

Strong Aftertaste
For every potion used, players get 1.5 damage.

Supplies
While passing through a campsite tile, players leave 10% of the findings on the camp.

Surveyo
While passing a tile, players get HP equal to 0.5x times the current loop for an adjacent road-side tile.

Survivalist
This increases the regeneration by +100% whenever HP dips under 40%.

These are all the Traits in Loop Hero. For more help on the game, feel free to check out our detailed Loop Hero wiki guides for more content including resources, best cards, scrap metal, how to get orbs, build and upgrade buildings.