Home Guides Loop Hero Loop Hero Potions Guide – How To Use Potions And Get Healing... 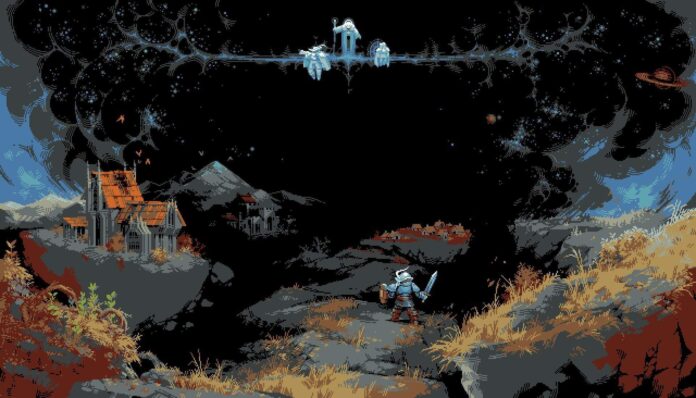 Loop Hero is a new RPG published by Devolver Digital and the game isn’t a traditional RPG as it brings new and interesting game mechanics. In this Loop Hero guide, we will help players with how to use potions in the game and how to get healing potions.

How To Use Potions

As I mentioned above, Loop Hero isn’t a traditional RPG as players have to summon bosses by filling up the boss meter to start a boss fight. Likewise, consuming potions is something a player needs to do itself in other RPGs but, not in Loop Hero. In this game, your character will consume a potion automatically when it needs healing provided if players have one in their inventory.

How To Get Healing Potion

Players will get two health potions at the end of the loop, provided they have unlocked Herbalist’s Hut upgrade in the camp. To construct the Herbalist’s hut, players need 2 Preserved Wood, 3 Preserved Stone, and 4 Food Supplies.

Of course, players need to place specific cards to get the resources from enemies. Placing the Rock or Mountain card will earn them Preserved Pebbles. 10 Preserved Pebbles make a Preserved Stone. Placing Meadow cards will earn players Ration and 12 rations will make a Food Supply.

Once the Herbalist’s Hut is constructed, players will start an exebition with two health potions. The use of the potion is automatic, and players will get two more health potions at the end of the loop. However, players can only hold a sprcific amount of potions and the extra potion will not be picked up.

That is all for our Loop Hero guide on how to use the potion. For more on the game, also see How To Beat The Lich Boss and Traits Guide.