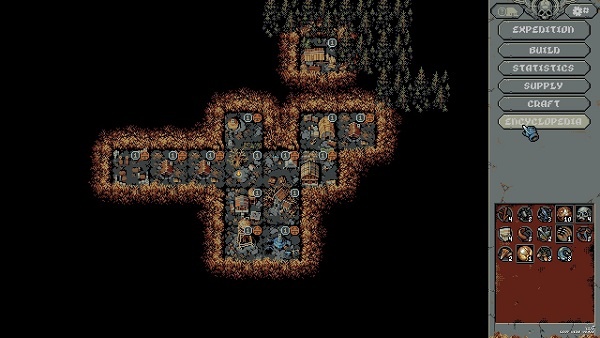 The card improves the effects of another card place near it by 2x. It probably doesn’t seem like a lot on paper but can be incredibly helpful. For instance, placing the Chrono Crystals card right next to something like Spider Cocoon or Cemetery Skeletons will increase their effectiveness. With the Chrono Crystals card nearby, the Spider Cocoon will spawn two spiders and the Cemetery Skeletons will also spawn an additional skeleton.

Also read: Best Tile Combinations to Use in Loop Hero

It makes it relatively easier to spawn a lot of enemies to quickly fill the Boss Meter at the top-left corner. This will make the first boss, Lich, spawn in considerably quicker. The advantage of doing this, however, is that the boss will have less HP and damage – making it a very easy kill. People who’re still struggling with the boss should check out our detailed Lich Boss guide.

The utility provided by the Chrono Crystals card doesn’t end at spawning extra enemies in the loops. It can also be used to constantly have more HP than usual. When placed near a Meadows card, it can provide 4 HP per day. Doing the same with a Blooming Meadows will instead provide 6 HP. Another thing that’s worth doing is to place the Treasury card somewhere near the Chrono Crystals card to further boost its effectiveness. By doing this, spawning near a Chrono Crystals card will essentially double the amount of HP from the very start which can be huge in a game like this.

That’s all we’ve got in our Loop Hero Chrono Crystals guide. For more help on the game, feel free to check out our detailed Loop Hero wiki guides.