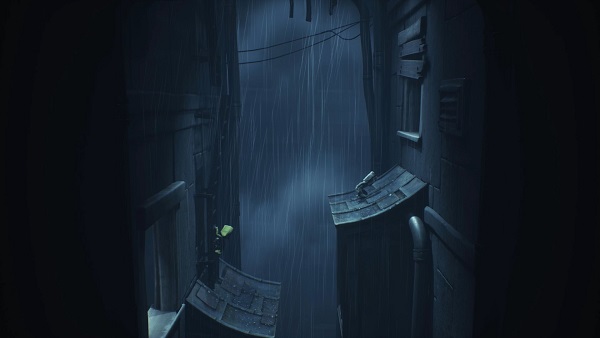 In order to defeat Six in Little Nightmares 2, players need to destroy the Music Box that she so dearly protects. The entirety of the boss fight is a game of cat and mouse where players must somehow access the Music Box and damage it.

After the boss fight begins, players need to lure her to their location and pick up the hammer from the location where she was standing at the start. Once the weapon has been picked up, players need to use it in order to attack the Music Box – a single hit should easily suffice here. This should trigger a cutscene. Once that’s over, players will see a couple of portals in the area.

In this phase, players need to stand near one of the portals and lure Six to their location. Once she chases after the player, they must enter the portal and come out from the other side. This should give them ample time to damage the Music Box before Six realizes. After hitting the Music Box, players will get teleported in another area where they’ll notice another two portals – making it a total of 4 portals.

During the final phase, players must lure Six to the right side and then take the portal to the left and grab the weapon from the middle of the room. At the very end, players will need to hit the Music Box a couple of times to complete the boss fight. If they managed to collect all 18 Glitching Remains in the game, they’ll get a Secret Ending.