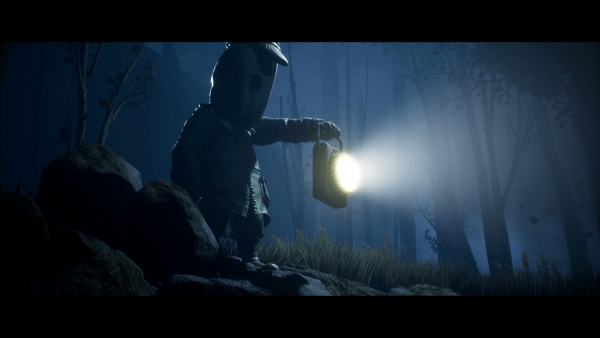 The following are the locations of all 12 hats that players can find in Little Nightmares 2.

There are a total of 4 hats that can be found in Little Nightmares 2. Out of these 4, 2 are locked behind DLCs.

Mokujin Mask
This one needs to be downloaded as a DLC.

Racoon Hat
Inside the house, head over to the kitchen and toward the hallway. It’s in the first room on the left.

Nome Hat
It requires the Nome’s Attic DLC installed. Go to the attic and follow the Nome to get it.

Rain Hat
Go past the broken bridge to the area with a lot of trees and cages. The hat is inside a hanging cage on the left. Players need to climb on top of it and jump a few times to get it.

Players can find only 2 hats in The School chapter of the game.

Soccer Ball Hat
It’s on top of a dumpster in the school playground. The dumpster is right next to a door.

Tin Can Hat
Inside the library, move the ladder to the second bookshelf and climb up to find the hat.

Similar to The School, there are only 2 hats that can be found in The Hospital.

Teddy Bear Hat
This hat is on top of a shelf in the playroom, right next to an x-ray machine.

Bandage Hat
Inside the morgue, open the drawer on the left side of the dissection table to find the Bandage Hat.

Another chapter where players can collect a total of 2 hats.

Mail Carrier Hat
Inside the mailroom, go to the left side and enter a secret area to find this hat at the very end.

Newsie Hat
Inside the toy store, this hat is located at the very back-left corner. Players will need to push the shopping cart all the way to the shelf and then climb on it to get the hat.

There’s only one hat in The Signal Tower. There isn’t any need to find it, as it’s automatically unlocked after completing the game.