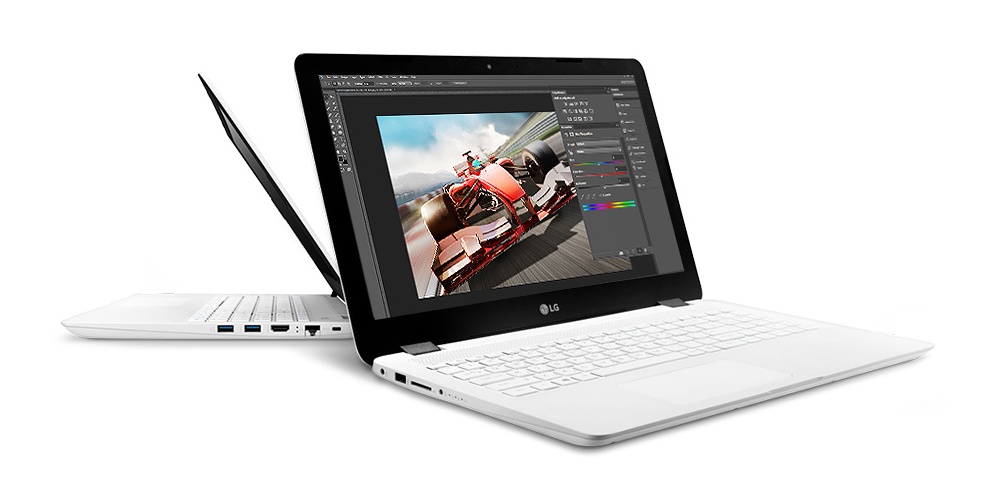 The AMD Renoir 4700U features 8 cores and is paired with 16GB of RAM. The base clock speed of the CPU is 2GHz and it can boost to 4.19 GHz. These are initial numbers and could change over time so do take this with a grain of salt. 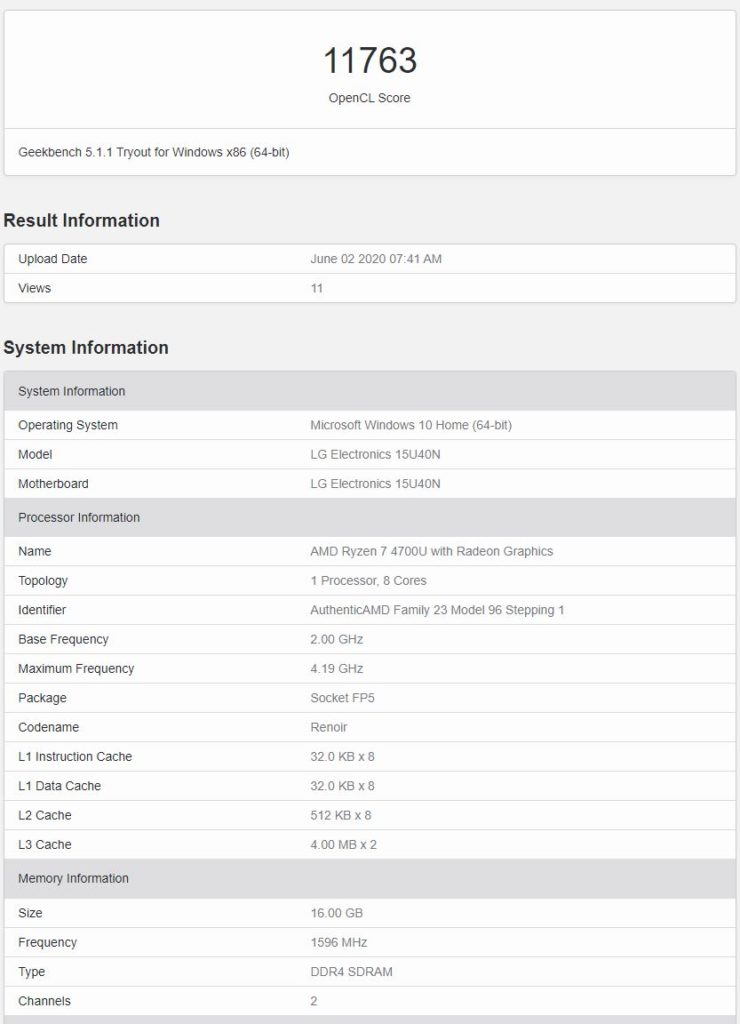 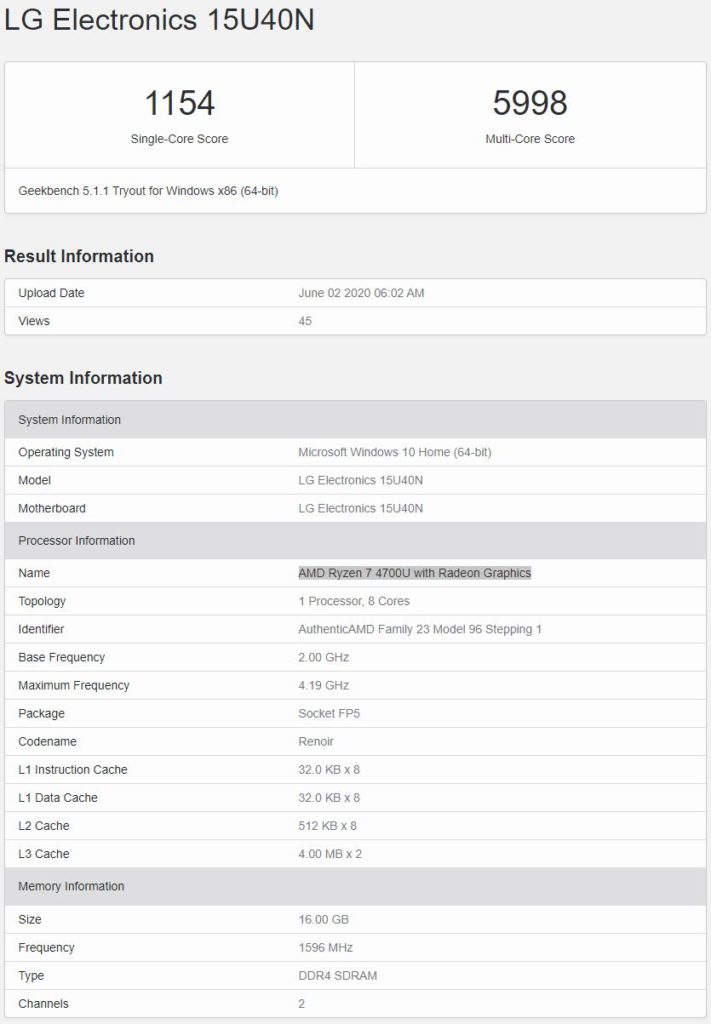 Again, these are initial numbers and could change over time so do take this with a grain of salt. You can check out the numbers below: 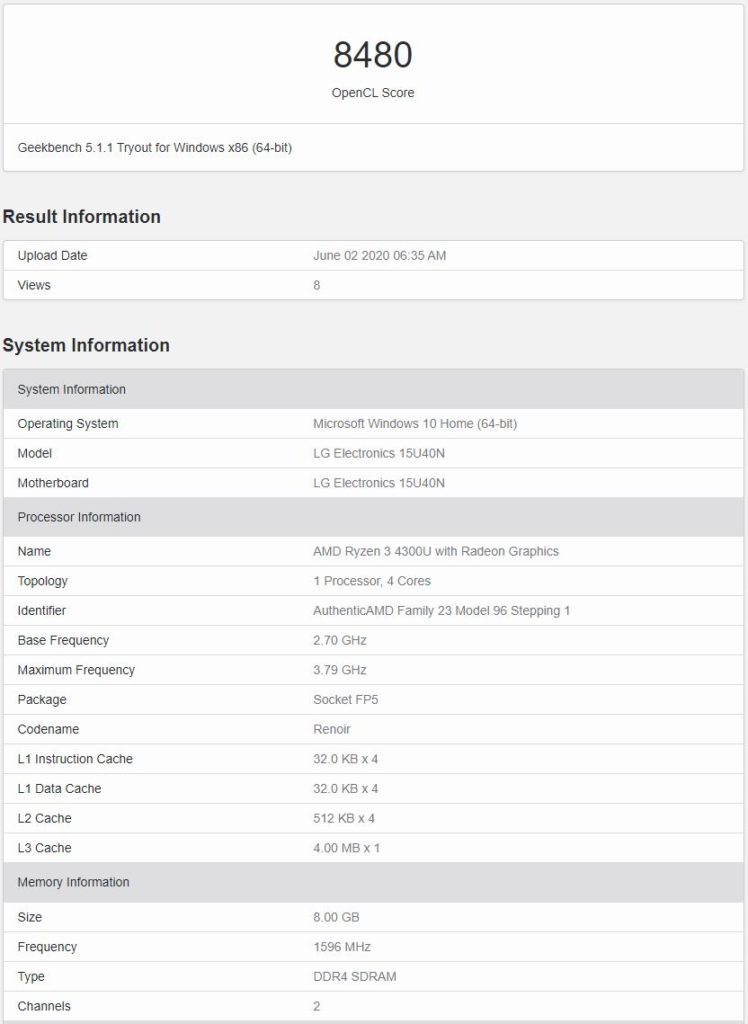 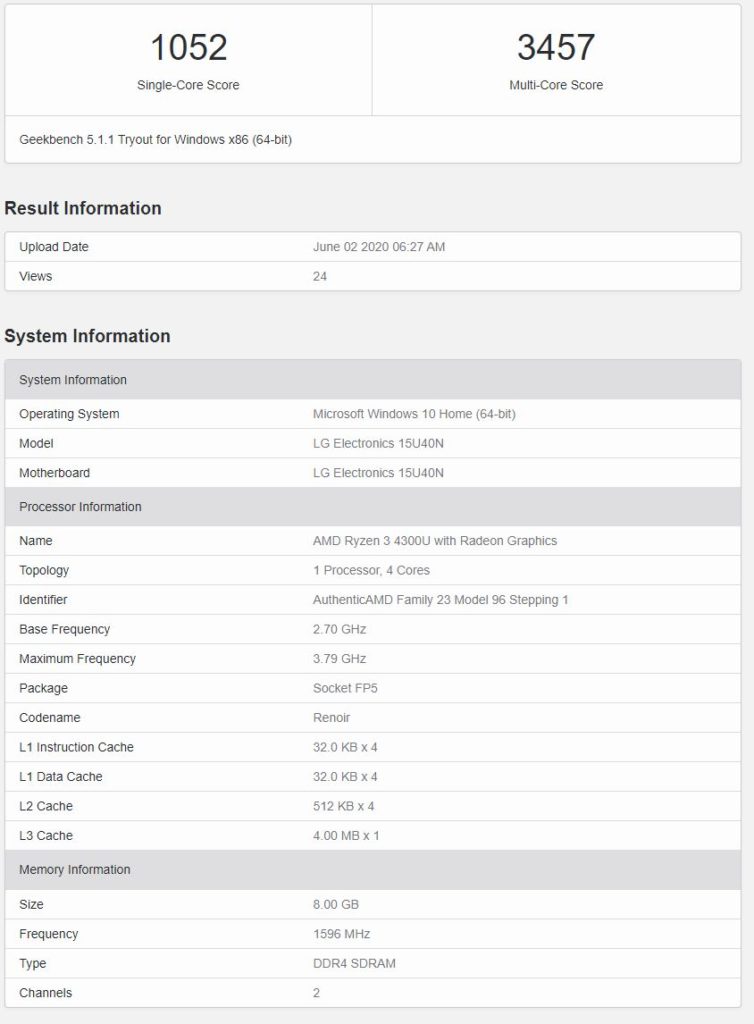 If you are interested in AMD powered laptops then you can also check out the AMD Ryzen 9 4900HS powered ZEPHYRUS G14 and the AMD Ryzen 7 4800U powered Lenovo Yoga Slim.

Let us know what you think about this upcoming AMD 4700U LG Ultrabook and whether or not you are interested in buying an AMD powered laptop.