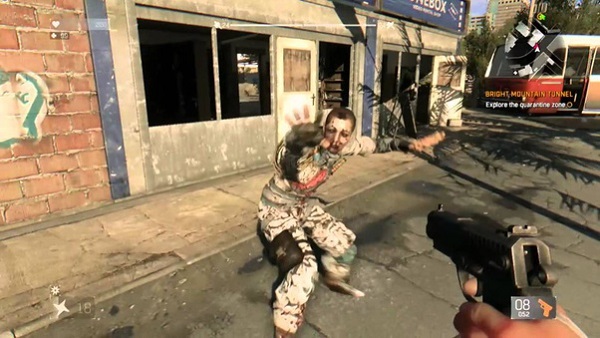 Video games are fun, right? And over the years they have grown into these amazing pieces of art. There is so much that goes into creating a good video game; it needs strong lore, amazing characters, good gameplay, and visuals. Developers painstakingly create every little detail for us to enjoy so hats off to all of the hard-working creators of our world, thank you. I am an admirer of the little details developers put in the game and thought I should share some of the details I really liked over the years. The list I have today features some of the creepiest details in video games that I highly enjoyed.

When we look at the history of video games there are many video games that feature creepiest of details. Often times you even end up missing these details during your gameplay session, took me a few tries to notice and a few Google searches to know what they are and where to find them.

Virals are a type of zombies in Dying Light and we have fun killing them. However, the fun stops and things get a bit creepy when, for a brief moment, the Virals show a sign of humanity; and at that moment you are not only creeped out but also feel pity.

When you stun a Viral by kicking him, he stops and covers his heads with his arms to protect themselves, often even asking you to stop hitting them. This only lasts for a moment but that moment is extremely creepy. Try doing it if you haven’t already.

The Cries for Help

In Days Gone, there are a variety of different zombies and one of them is the Freakers. These monsters have a weird way of communicating with each other. If the player chooses to hide inside a dumpster the Freakers bang their heads on the dumpster doors. This move attracts other Freakers to your position. It is creepy and scares the crap out of you, great job Sony Bend!

The Cries for Help

The Half-Life fever is taking over slowly thanks to the newly announced Half-Life Alyx and the fact that both of the original Half-Life games are now free to play on Steam. For those who are new to the Half-Life universe, you may want to know a creepy detail about the zombies you encounter in Half-Life 2.

These creatures are seemingly shouting in Half-Life 2, however, when their shouting is played in reverse, they are actually screaming for help. Creepy, right? The sad truth is that the only way to help at this point is to put them out of their misery.

The one that gave a chill down my spine was when I came across an abomination in Red Dead Redemption 2. The man-made wall-hang is made up of human, pig, and goat body parts. It is highly uncomfortable to look at.

Joker on his own is very creepy but when there are a ton of him tormenting you, it is the next level of creepy. In Batman Arkham Knight, the player starts to hallucinate a plethora of Jokers around him. Batman has no clue what to do so he just keeps doing what he knows best, fight back! Joker’s hallucination sequence is really creepy to play.