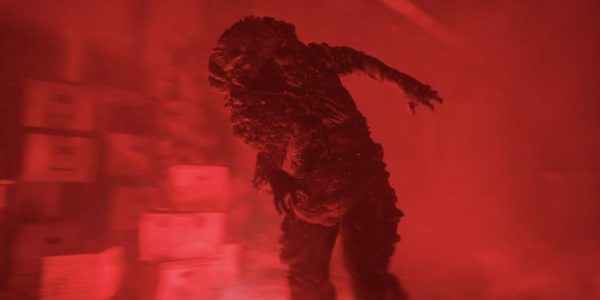 The Last Of Us had a number of enemies for the player to deal with. The sequel not only includes infected from the first game but also, introduced new infected enemies. Our The Last of Us 2 Infected Enemies Guide will help players with all of the infected enemies in the game along with the tips on how to kill them.

Last of Us 2 Infected Enemies

The Last of Us Part 2 expands upon every aspect of the first game. While the originally infected enemies got a visual overhaul, Naughty Dog has included a couple of new infected in the sequel.

These infected can be a bit difficult to deal with. In this guide, we will discuss each of them along with tips and strategies on how to defeat them.

Runners are basically people in the initial stage of the infection. These infected enemies are closer in appearance to humans and can chase players.

However, these Runners are pretty weak and can be killed with one shot to the head. But, stealth is advised because if a few start chasing you, it’ll become very difficult for players to take them out.

Also, killing them in stealth will also save ammo that players will need for other powerful infected enemies in The Last Of Us 2.

Stalkers are the infected enemies who are still transitioning to become Clickers. These infected enemies are losing their sight and hence remain in dark buildings and wait for to opportunity to jump on their prey.

To take them out, players need to move slowly and keep an eye on doors and corners. Players will see Stalkers peeking its head out from cover. When you spot one, rush towards it with a shotgun and kill it. This will make the rest of the Stalkers come out of hiding and players can kill these infected enemies.

Like all of the above infected enemies, Clicker is the returning enemy type from the first game. These infected are completely blind and use echolocation to move. While Clickers can’t see, they can hear pretty good. So move really slow when Clickers are around as they will jump at you.

The fungus coming out of their eyes makes them blind but, it also protects them. Shooting them once in the head isn’t enough to kill Clickers. Absolute stealth is advised while tackling these infected enemies. Also if the Clicker manages to spot you, kill it before it can grab Ellie. Once it grabs her, it’s over.

Bloater is another returning enemy type from The Last Of Us. Bloaters are are people infected for years and develop a thick fungal layer around their body. The fungal layer also protects them.

The best way to kill Bloaters it to use a shotgun, flamethrower, Molotov cocktails. However, Bloaters tend to throw spore bombs at players.

These bombs not only inflict damage but also, stun players for a while. Don’t let it grab you.

Shambler is the new infected enemy introduced to The Last Of Us 2. In many ways, Shamblers are very similar to Bloaters. However, instead of throwing spore bombs, they tend to get close to the player and emit a cloud of corrosive spores.

Because of the corrosive spores cloud, going near then is very dangerous. Use ranged weapons and flamethrowers to kill them.

This is another addition to The Last Of Us 2 infected enemies. The Rat King is quite disgusting to look at. It’s made up of multiple individuals and also happens to be the patient zero. Furthermore, players will only face it once in the game.

When players come face-to-face with it, fire everything you have. Eventually, it’ll split into two which are basically stalkers but with more health. Use the flamethrower to kill them.

That is all for our The Last of Us 2 Infected Enemies guide with tips on all of the new and old infected enemies and how to defeat them. For more on the game, also see our New Game Plus Guide and Pushing Inland Collectibles Locations.