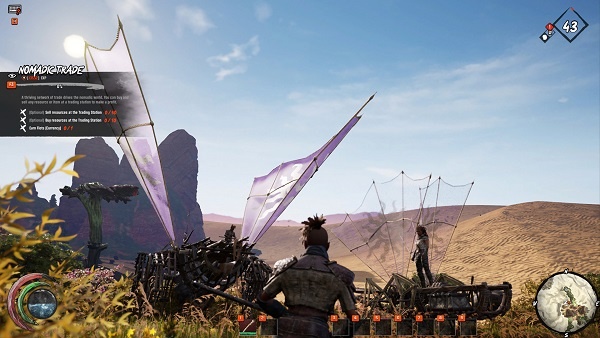 There are a total of 7 Rupus with varying levels of difficulty. Some of them are easy to kill while others will be much harder to take down.

This type of Rupu is the easiest to kill. It has only 60 health and carries only a wooden stick. The Rupu Scavenger can only do a small amount of damage to the player so they should be very easy to kill. Only a few strikes will do the trick.

The Forerunner Rupu is a bit harder to take down compared to the scavengers. The Rupu is carrying a Beat Stick that does a bit more damage to the player but it should still be very easy to defeat. It has only 65 health. They roam around near the Rupa camps in pairs.

Among the Last Oasis Rupus, Rupa Hermit is the point where things start to get tougher. They carry strong weapons that can do decent damage to the player.

Rupu Sentinel is tougher than Hermit and does more damage. However, they are still very easy to take down for experienced players. But for those just starting off in the Last Oasis, it is best to take a step back when you see them. Rupa Hermits have 100 health and carry clubs.

These are mini-bosses among the Last Oasis Rupus. Hazaraki is moderately hard to beat as they are the leaders of their camps. You will find them roaming around solo near the camps. They carry a giant axe and have tentacle looking strands on their heads.

Along with the Hazraki, the Rupa Shaman are also the boss of their camps. These are found in larger camps that have 3 or more buildings. They hang out with Rupu Sentinels, They carry a two-handed bone sword.

The last Rupa on the list is the White Death. Among the Last Oasis Rupus this is the hardest to beat. They are scary creatures found in valleys and forests. They are fast and do high damage.

If you need more help with the game check out the Last Oasis Wiki.