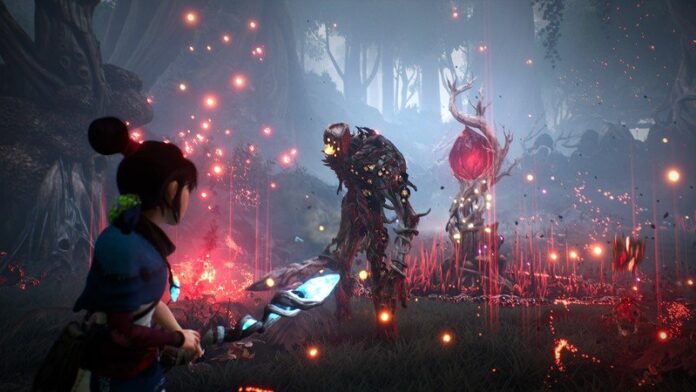 Kena: Bridge Of Spirits is one of the most anticipated games and while it has been delayed and we are waiting for it, Ember Lab COO, Josh Grier had some information to share regarding the games themes. Here is what you need to know.

Ember Lab COO, Josh Grier talked about how the devs wanted the game to be accessible yet still have darker themes, much like The Lion King. The following is what he had to say regarding the matter:

We grew up watching a lot of films The Lion King is a very accessible film but it deals with some pretty dark themes — you know, brother killing brother and big fight sequences. In our game’s first area you’re helping the kids find their brother. It’s very simple and it helps us introduce the player. But then we get to the other spirits and we do get a little bit darker – nothing violent or anything like that. We’re just trying to deliver a Story that’s accessible to but then also has themes that are on a higher maturity level that are fun for the adults that are playying as well.

Kena: Bridge Of Spirits does have some cute creatures and the game looks pretty innocent at first glance but it seems that there is a lot that we do not know about and that there is plenty going on behind the scenes that we need to keep our eyes open for.

Josh Grier described the game structure to be “wide linear”. It is not an open-world game and the world itself is pretty straightforward but players will have the freedom to explore.

Let us know what you think about Kena: Bridge Of Spirits taking a page out of the Lion King book when it comes to themes and whether or not you are interested in playing the game when it comes out later this year. The game will be available on PC via the Epic Games Store, so check out the requirements to see whether or not you can run it on your system.